A meeting of the National Crisis Management Committee (NCMC), chaired by the Cabinet Secretary Rajiv Gauba was held on Tuesday to review the prevailing flood situation in Bihar.

New Delhi: A meeting of the National Crisis Management Committee (NCMC), chaired by the Cabinet Secretary Rajiv Gauba was held on Tuesday to review the prevailing flood situation in Bihar.

#Bihar: Essential supplies of food & drinking water is being supplied by State government and efforts are underway to restore electricity in flood affected areas in the state. https://t.co/hNVXywLZIw

The Nitish Kumar-led government informed the Committee that due to relentless rain across the state, along with rising water levels in the rivers, there has been flooding in 16 districts. 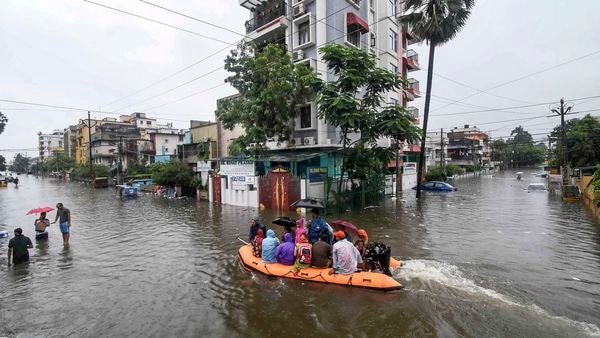 Extensive evacuation, rescue and relief efforts have been undertaken by the Bihar government, in which all assistance has been rendered by NDRF and other Central Agencies. As many as 20 teams of the NDRF have been deployed in the region of which six alone are deployed in Patna, which has witnessed very heavy rains and waterlogging over the past three days.

Also, the teams from Central Ministries have already carried out an assessment of damages in state, a fresh visit would be made by them to take stock of the prevailing situation, an official statement said.

Along with Bihar officials, senior officials of the Ministries of Home and Defence, as well as those from India Meteorological Department (IMD), NDRF and Central Water Commission attended the meeting. Chief Secretaries and other senior officers from the state governments participated in the meeting through video conference. (ANI)