The ruling BJP in Tripura has alleged that a section of police worked directly to benefit the CPI (M) during the elections, after voting in the state concluded.

Agartala: The ruling BJP in Tripura has alleged that a section of police worked directly to benefit the CPI (M) during the elections, after voting in the state concluded.

Police arrested a presiding officer from a polling booth in Dharmanagar in North Tripura who was found pressing EVM buttons in the name of helping the voters.

Immediately, BJP polling agent objected to it but polling agents of CPI (M) and Congress and micro observers stood behind him and attempted to justify his act. However, other polling personnel reported it to election authority and immediately and he was arrested.

Addressing the media BJP spokesperson Nabendu Bhattacharjee claimed after elections to both West and East Tripura parliamentary constituencies the party was convinced that the opposition cadres had been involved in manipulation of election process, including booth capturing, rigging and camouflaging identities in connivance with a section of officials and police. 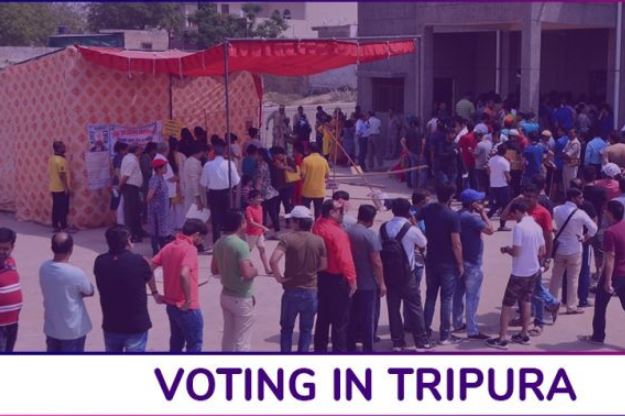 He, however, pointed out that BJP delegation asked for video footage of election held on April 11 last in West Tripura from the CEO and ECI to identify the persons who were seen disrupting poll process. “From the beginning we were insistent that the CEO and the election machinery arrested the criminals involved in unlawful activities during polling in West Tripura without considering their political identity, but still it did not happen. We hope immediate action will be initiated against the criminals who have brought bad name to Tripura and our party,”Bhattacharjee said.

Bhattacharjee also alleged that police moblised central paramilitary forces to attack BJP workers during election yesterday at three locations of Khowai, Jolaibari and Hrishamukh in South Tripura, Udaipur and Amarpur in Gomati district with the instruction of Badal Choudhury and other top CPI (M) leaders.

However, both CPI (M) and Congress expressed satisfaction over yesterday’s election, which recorded 83 percent turns out.

Madhav: BJP par board to meet for deciding Tripura CM