The Parliamentary Party meeting of the BJP took place here on Tuesday at the Parliament Library Building.

New Delhi: The Parliamentary Party meeting of the BJP took place here on Tuesday at the Parliament Library Building.

Prime Minister Narendra Modi, Union Home Minister and BJP chief Amit Shah, Defence Minister Rajnath Singh and other senior leaders were present in the meeting, besides the Members of Parliament of both the Houses. 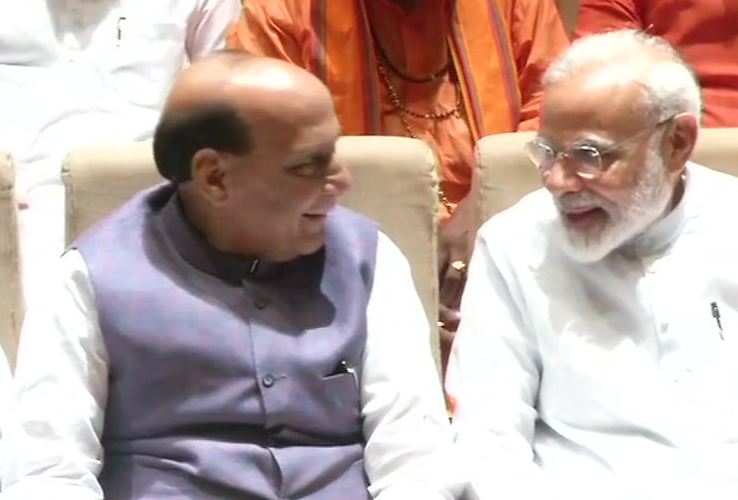 Prime Minister Modi addressed the meeting. Finance Minister Nirmala Sitharaman was also felicitated for presenting the Union Budget. She is the first full-time woman Finance Minister, who has presented the Budget.

This was the first meeting of the BJP Parliamentary Party after the presentation of the Union Budget, which the Prime Minister hailed as "one of hope" that would boost India's development in the 21st century and empower the downtrodden. (ANI)

BJP parliamentary party meeting to be held on Tuesday