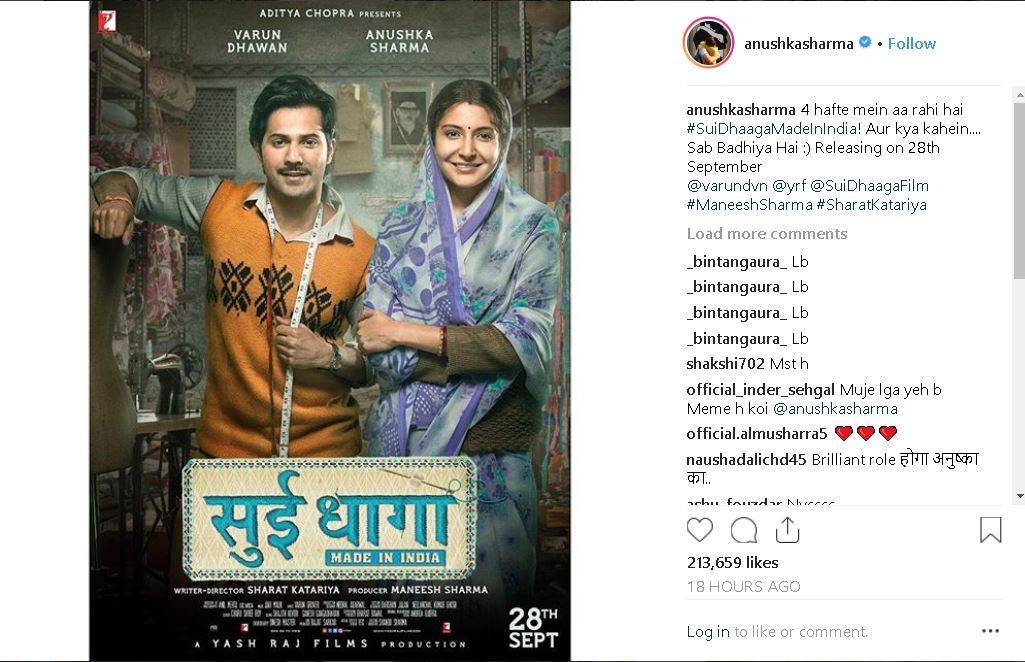 She took to Instagram to unveil it and wrote alongside, "4 hafte mein aa rahi hai #SuiDhaagaMadeInIndia! Aur kya kahein.... Sab Badhiya Hai :) (It will release after 4 weeks #SuiDhaagaMadeInIndia! What more can I say... Everything is fine) Releasing on 28th September @varundvn @yrf @SuiDhaagaFilm #ManeeshSharma #SharatKatariya"

The official trailer of the movie, which was released on August 12, has received over 27 million views.

Directed by Sharat Kataria and produced by Yash Raj Films, 'Sui Dhaaga' will see Anushka Sharma and Varun Dhawan play an on-screen couple for the first time. The film tells a heart-warming story of pride and self-reliance while taking forward the message of 'Made in India'.

The film is slated to hit the big screens on September 28. (ANI)