Film director Karan Johar on Wednesday posted yet another video of his twins entertaining him in the most adorable manner during the lockdown.

New Delhi: Film director Karan Johar on Wednesday posted yet another video of his twins entertaining him in the most adorable manner during the lockdown.

In the latest video, Johar is seen flaunting the singing skills of his little munchkins - Roohi and Yash. 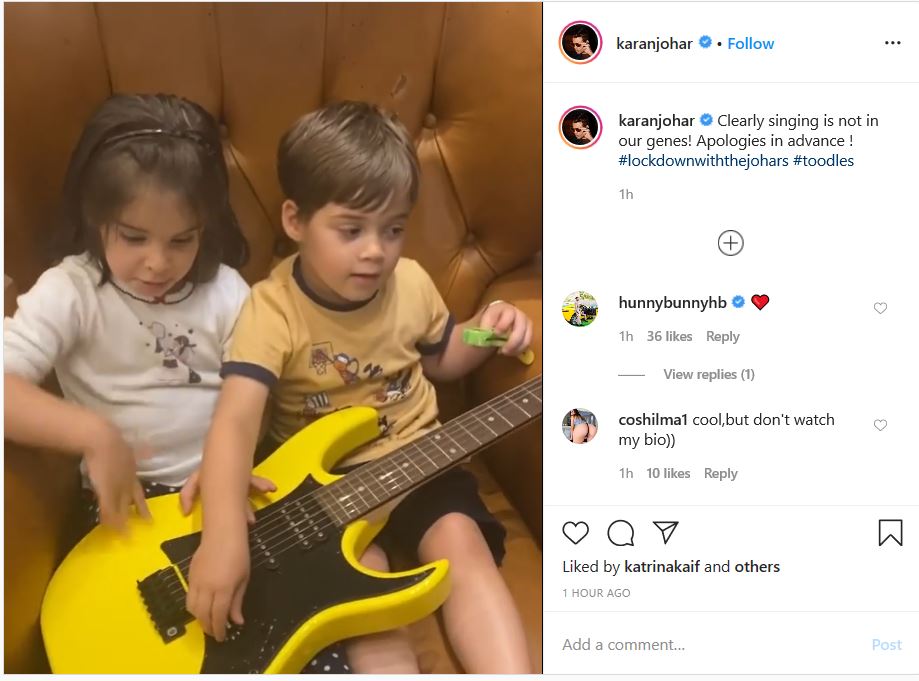 The twins are seen sitting on a sofa with a guitar in their hand and trying really hard to sing in their adorable voices but are only able to hum "La La La La La," in chorus. The video begins with Karan introducing the two little musicians saying, "We have two very talented musicians in the house, ladies, and gentlemen give it up for Roohi and Yash."

As the two began with their 'singing,' Karan takes a minute and then briefly interrupts them asking, "Excuse me! Can you please sing something more melodious?"

Accepting that singing is something that the Johar family is not good at, the 47-year-old director wrote in the caption, "Clearly singing is not in our genes! Apologies in advance! #lockdownwiththejohars #toodles."

The 'Student of the Year' director has been spending time with his children and has been posting such video ever since the lockdown was imposed across the country. (ANI)

Yearender 2020: List of icons the entertainment industry lost in 2020