Mumbai: Bollywood actress Taapsee Pannu considers herself lucky to play the character of cricketer Mithali Raj. Indian Women Cricket Team skipper and women's cricket's biggest superstar Mithali aka Mithu as fondly called by family and friends, had announced her retirement from all forms of the game. 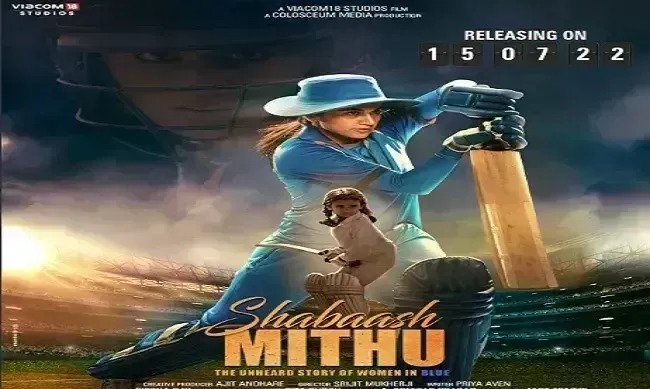 "Mithali will be remembered for her contribution to women cricket not only in her own country but all over the world. I consider myself one of the lucky fans to get to live 23 years of your life on camera, which taught me a lot about resilience along with stubbornness. She is such a legend, to whom there is less to thank," added Taapsee.

In 'Shabaash Mithu', a glimpse of Mithali's life and her ups and downs will be seen. The film is directed by Srijit Mukherjee.

Taapsee Pannu would love to do Mithali Raj biopic