The filmakers have released the first poster of Jugjugg Jeeyo on social media. Watch motion poster too on Dynamite News:

Mumbai: The filmaker Dharma Productions have released the first poster of Jugjugg Jeeyo along with the motion poster on social media. 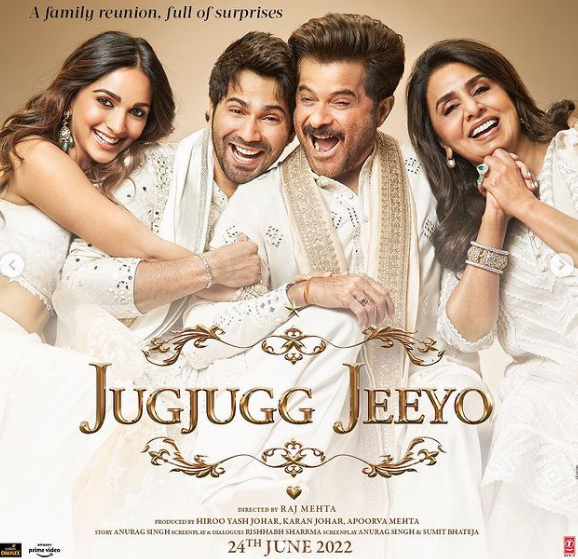 It's a mesmerising poster featuring Kiara Advani, Varun Dhawan, Neetu Kapoor, and Anil Kapoor, all in white with full vigour and vitality. 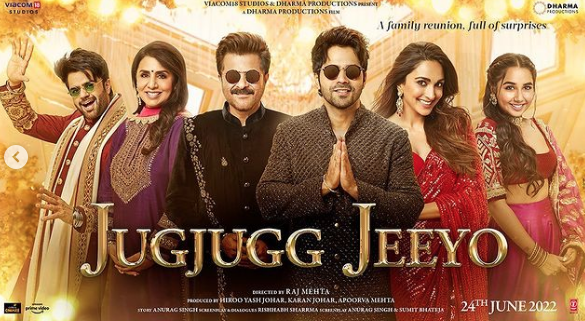 Prajakta Koli and Maniesh Paul also star in the movie.

Presenting the #JugJuggJeeyo FAMILY!
You’re invited to be a part of their family reunion that’ll leave you surprised.
Save the date: 24th June, in cinemas near you.

All of them can be seen laughing and clapping in the next picture followed by a couple of more pictures.

The flick is all about a tale of two couples from different generations, entangled around the issues post marriage. The premise beautifully merges the generation gap and puts out a unique point about love, but with ample of humour. 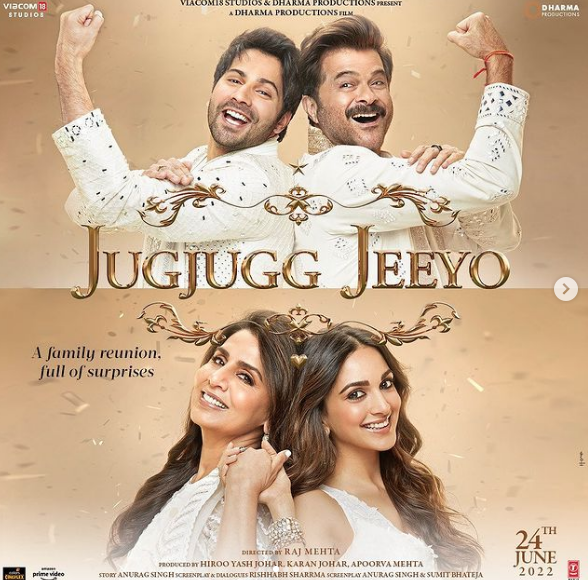 Jugjugg Jeeyo is more about families, and the bond of married son with his father and mother played by Anil and Neetu.

The film is slated to release on 24 June.

'Jug Jugg Jeeyo' trailer out: Varun and Kiara starrer takes us on a roller coaster ride of emotions

It's been a special year, says Kiara Advani