Bollywood star Kajol on Sunday completed 30 years in the film industry and thanked her fans for the unconditional love she received during the journey. Read more on Dynamite News:

Mumbai: Bollywood star Kajol on Sunday completed 30 years in the film industry and thanked her fans for the unconditional love she received during the journey. The 47-year-old actor took to Instagram to celebrate the milestone and posted a video montage of her character stills from some of her blockbuster movies.

"Someone asked me yesterday what am I feeling? Couldn't really put it into words, except to say that it is a feeling of deep gratitude for all the love everyone has showered on me so unconditionally! So cheers to 30 years and counting... and God willing to another 30 more!" Kajol wrote in the caption. 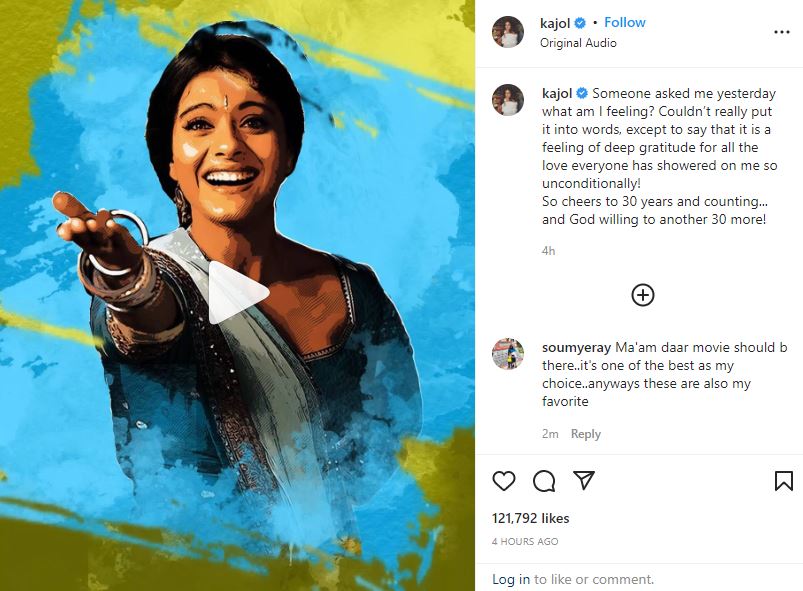 Kajol, daughter of veteran star Tanuja and director Shomu Mukherjee, started her career in movies with action drama film "Bekhudi", which was released on July 31, 1992.

Over the next three decades, the actor gave memorable hits such as "Yeh Dillagi", "Dushman", "Pyaar Kiya To Darna Kya", "Pyaar To Hona Hi Tha", "Fanaa" and "Gupt".

It was her on-screen with pairing with superstar Shah Rukh Khan in blockbusters such as "Baazigar", "Karan Arjun", "Dilwale Dulhania Le Jayenge", "Kuch Kuch Hota Hai", "Kabhi Khushi Kabhie Gham ", "My Name Is Khan" and "Dilwale" that earned her a plethora of fans.

Besides, Kajol is known for films such as "Pyaar To Hona Hi Tha", "Ishq", "Raju Chacha", "U Me Aur Hum" and "Tanhaji: The Unsung Warrior" with actor-husband Ajay Devgn. She has also starred in Tamil films such as "Minsara Kanavu" with Arvind Swamy and Prabhudheva, and "Velaiilla Pattadhari 2", alongside Dhanush. 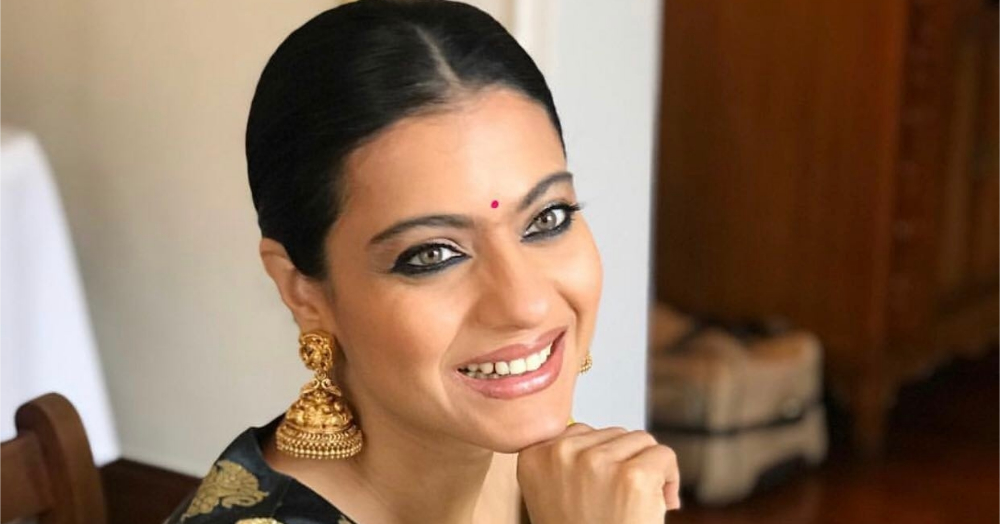 In a recent interview with PTI, Kajol had said she was fortunate to have collaborated on "great films with some fabulous directors. "I will always be grateful that my fans believe in me. And all this has got me to 30 years, I am here, kicking, streaming, alive and relevant," she had said.

The actor, who made her digital foray with the Netflix film "Tribhanga" in 2021, will soon make her series debut with a Disney+ Hotstar project. (PTI)