A Chinese man was found dead in a stormwater drain in Islamabad.


Islamabad: A Chinese man was found dead in a stormwater drain in Islamabad, said Pakistan police on Friday.

The man, who has been identified as Li Jinqiang, had arrived in Pakistan on April 13 and had gone out to buy medicine. Since then he had been missing.

The cause of his death is yet to be known. The body has been sent for postmortem. 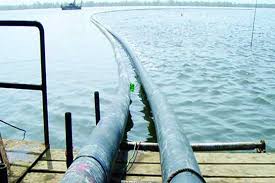 The attack on Chinese who are living in Pakistan has lately become frequent.

Last year, the Embassy of China in Islamabad had warned Chinese citizens and Chinese organisations in Pakistan to be on alert for possible terror attacks on them.

According to an estimate, there are nearly 400,000 Chinese people living in Pakistan, with a large number of professionals involved in the China-Pakistan Economic Corridor (CPEC). (ANI)

Samjhuata, Thar trains won't operate till I am in charge of railways, says Pak minister

IMF asks Pakistan to share details of loans from China