The Uttar Pradesh Chief Minister leads a cleanliness drive outside the iconic monument with a broom in hand and visits the graves inside.

The Uttar Pradesh Chief Minister leads a cleanliness drive outside the iconic monument with a broom in hand and visits the graves inside. This would be his maiden visit to the mausoleum of Mughal Emperor Shahjahan and his wife Mumtaz Mahal, after being sworn into office earlier this year.

His visit also gains prominence as it comes against the backdrop of the controversial statement made by BJP MLA Sangeet Som regarding the status of the 17th-century monument in India's culture. 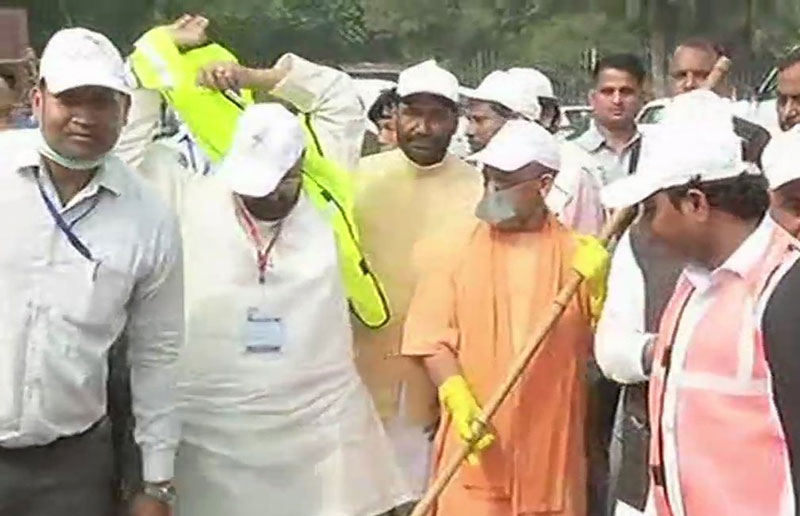 There is Around 14,000 policemen have been deployed across the city for Yogi Adityanath.

The Chief Minister, however, shrugged off the statement stating that "it does not matter who built it and for what reason; it was built by blood and sweat of Indian labourers". As per reports, Adityanath will stay for half an hour at the monument built by Mughal Emperor Shah Jahan in memory of his wife Mumtaz Mahal.

The chief minister is also scheduled to lay the foundation stone for the development of a tourist pathway from the Taj Mahal to the Agra Fort and inaugurate various development projects in the city. (ANI)