Union Minister for Petroleum and Natural Gas Dharmendra Pradhan urged people to come together and work for building a green, clean and pollution free nation.

New Delhi: Union Minister for Petroleum and Natural Gas Dharmendra Pradhan on today urged people to come together and work for building a green, clean and pollution free nation. 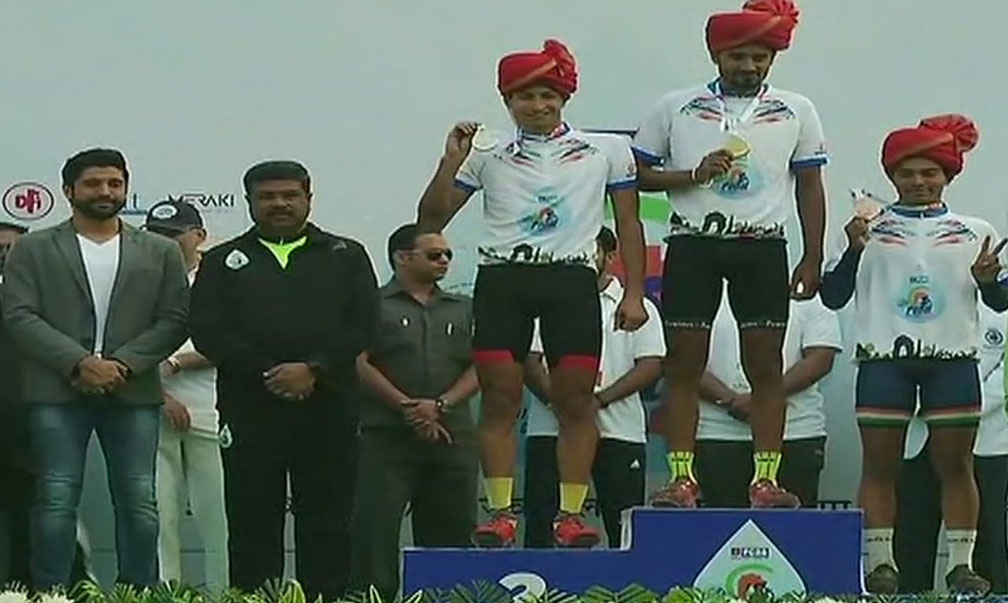 Speaking at the National Cycling Championship organised at the Jawaharlal Nehru Stadium here to propagate the importance of fuel conservation, Pradhan said benefits of cycling are not only limited to protect environment or fuel conservation but it also carries huge health and fitness dividends.

He also appealed to the people to join in the movement for conserving the finite petroleum resources through practicing simple implementable tips while using petroleum products in everyday uses.

"The judicious use of various forms of energy and its conservation is a matter of vital importance to all of us for the betterment of our society and healthy environment. The conservation is a collective responsibility of all of us," Pradhan said.

"It also helps us to save money and mitigate the adverse social, economic and environmental impacts. We should to come together and work for building a nation that is green, environmentally clean and pollution free," he added.

Pradhan also participated in the 5 Kms Green Ride in the Cyclothon.

Over 5000 participants took part in the National Cycling Championship at the Jawaharlal Nehru Stadium here to propagate the importance of fuel conservation and efficient energy utilisation amongst the citizens of the national capital.

Also known as Saksham Pedal Delhi, the championship is an initiative by Petroleum Conservation Research Association (PCRA), a non-profit organisation, set up in 1978 under the aegis of Ministry of Petroleum and Natural Gas.

The Cyclothon featured four categories - Elite (Men - 45 km/women-27 km), Amateur (27 km), Open and the popular Green Ride. While the Elite and Amateur categories were for serious cyclists, the 9 km Open and the 5 km Green Rides allowed participants the experience the joy of cycling.

Dharmendra Pradhan asks states to slash VAT on fuel by 5%

Dharmendra Pradhan: Tax culture should be increased in India