Interestingly, Sidhu, who has made it to the list and is known to be an outspoken leader, has been away from the limelight, since his resignation as a minister in the Captain Amarinder Singh-led cabinet in Punjab in July last year.

He also addressed several rallies in the past attacking the BJP-led central government on a host of issues. 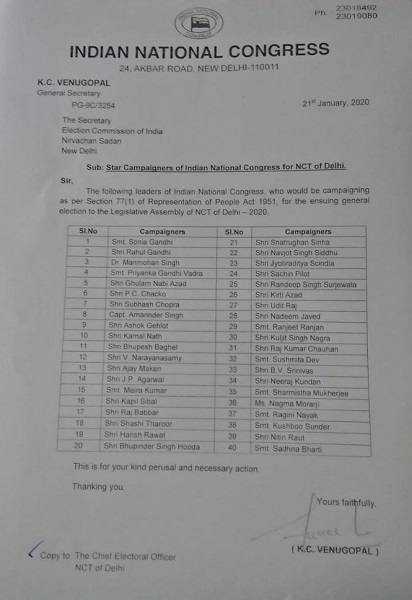 Also, Rajasthan Deputy Chief Minister Sachin Pilot has made it to the list of star campaigners.

Another interesting inclusion is actor-turned-politician Shatrughan Sinha, who joined Congress after resigning from BJP in April last year.

Delhi, which has 70 seats, is slated to go to polls on February 8. The counting of votes will take place on February 11. (ANI)