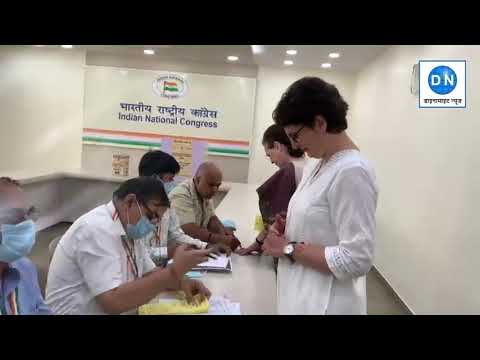 New Delhi: Congress president Sonia Gandhi on Monday cast her vote in the party's polls to elect her successor.

#VIDEO "I have been waiting for a long time for this thing," says Congress interim president Sonia Gandhi on the party's presidential election#Congress #SoniaGandhi pic.twitter.com/LvsRkcRJeN

When asked by reporters about the polls, Sonia Gandhi said she had been waiting for this for long.

Voting began on Monday in the Congress presidential polls as senior leaders Mallikarjun Kharge and Shashi Tharoor face-off for the post of AICC chief. 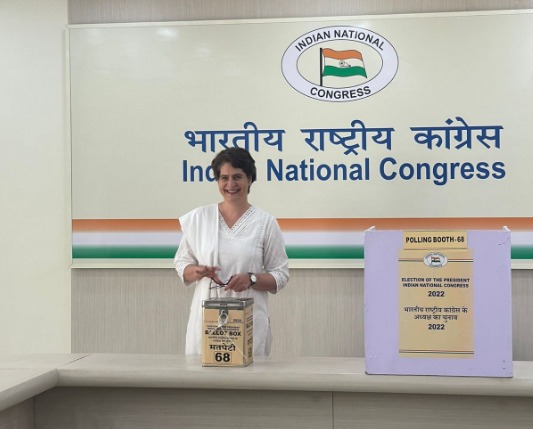 Over 9,000 Pradesh Congress Committee (PCC) delegates form the electoral college to pick the party chief in a secret ballot. 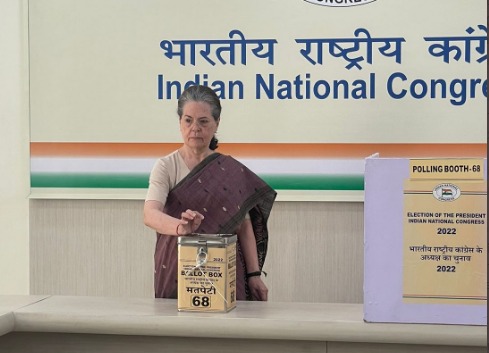 Voting began at 10 am at the AICC headquarters here and at party's polling booths in state offices across the country.

Kharge is considered the favourite for his perceived proximity to the Gandhis and backing by senior leaders, even as Tharoor has pitched himself as the candidate of change.