Congress Working Committee (CWC) on Saturday constituted five regional groups to be headed by Sonia Gandhi, Manmohan Singh, Rahul Gandhi, Priyanka Gandhi and Ahmed Patel to carry out wider consultations and decide on a name for the President's post, but the Gandhis refused to be part of it. 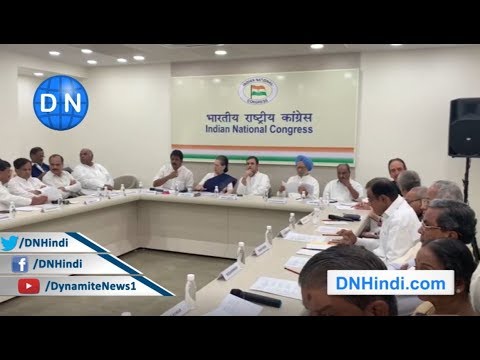 New Delhi: Congress Working Committee (CWC) on Saturday constituted five regional groups to be headed by Sonia Gandhi, Manmohan Singh, Rahul Gandhi, Priyanka Gandhi and Ahmed Patel to carry out wider consultations and decide on a name for the President's post, but the Gandhis refused to be part of it.

Under the decision taken by the party's highest decision-making body, Sonia Gandhi will the eastern region group,   Singh the southern group, Rahul the western region, Priyanka the north region and Patel the northeast region.

However, Sonia told reporters that to put their (Sonia and rahul)  names was not right. "We cannot be part of this consultation committees. That is why we are leaving." Rahul also left the deliberations.

Sonia Gandhi on leaving from Congress Working Committee meeting: Now consultation(to decide next party chief) is going on and naturally me and Rahul ji cannot be a part of it pic.twitter.com/OcMoztJtuQ

Many names are doing rounds for the post of Congress president but no consensus has been achieved yet.Punjab Chief Minister Captain Amarinder Singh has batted for a young leader to head the party, while Mumbai Congress leader Milind Deora suggested the names of Jyotiraditya Scindia and Sachin Pilot to take up the responsibility.

A few leaders like Shashi Tharoor have suggested that an interim president be appointed at the earliest. A lawmaker from Wayanad constituency, Gandhi offered to step down from the post of Congresspresident at the CWC meeting on May 25, taking moral responsibility for the party's drubbing in the 2019 Lok Sabha elections. 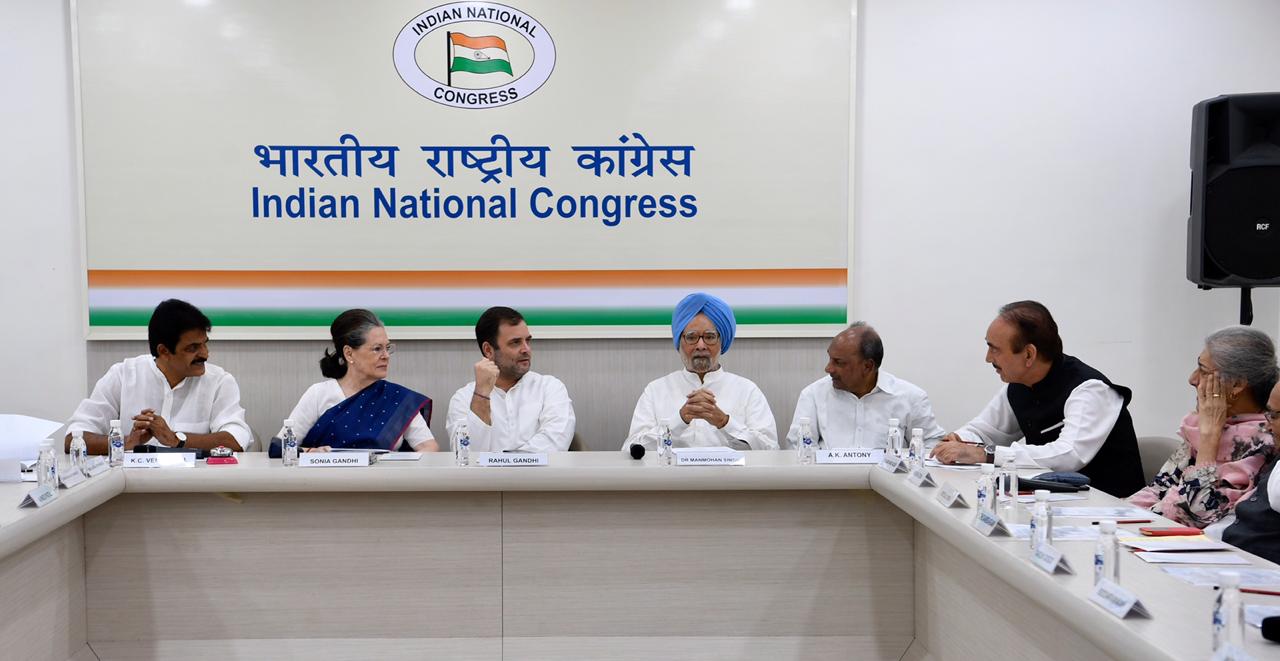 However, his offer was unanimously rejected by the CWC with several top leaders rallying behind him asking him to continue to lead the party.Almost two months after that not only did the 49-year-old leader make his resignation public, but also removed the tag of "Congress President" from the bio of his Twitter handle.

Many protests and scores of resignations have come to the fore to stop Rahul Gandhi from resigning. Chief Ministers of all Congress-ruled states had met with Gandhi in Delhi to advice him to reconsider his decision to resign but of no avail.

The Congress won 52 seats in the recent general elections, which is just eight more than its 2014 Lok Sabha results. (ANI)