Jerusalem: India and Israel will discuss cooperation in cyber security when Prime Minister Narendra Modi visits the country amid a series of cyber attacks across the globe, including by non-state actors.

Terming Modi as "one of the most important prime ministers of the world", Netanyahu said the Indian leader wants close cooperation with Israel in many areas including in cyber security.

"For example, there is going to be a visit of Prime Minister of India, one of the most important Prime minister's of the world, with the third largest economy in the world growing very fast. He wants close cooperation with Israel in many fields -- water, agriculture, health and also in cyber.

And he has a good reason to do so," the Israeli Prime Minister told the gathering in Hebrew as per a video released by his office.

Modi will be on a three-day visit to Israel starting July 4 to commemorate 25 years of diplomatic relations between the two countries. 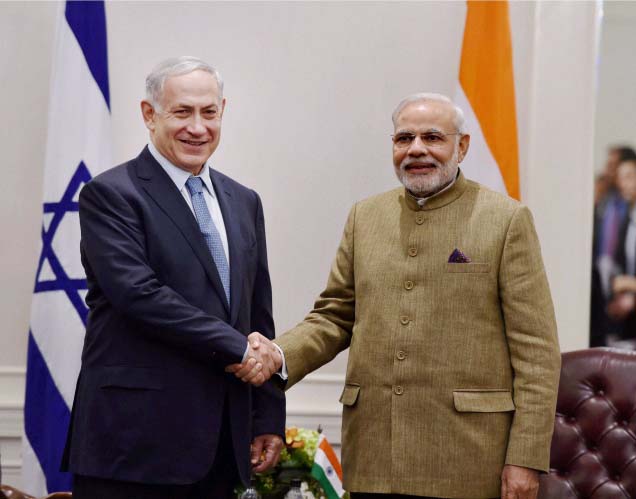 Netanyahu stressed that Israel's growing acceptance across the world, especially as a "technology giant", is going to come to full expression during the upcoming visit of "my friend Narendra Modi".

Outlining steps taken by his government to strengthen Israel's cyber security apparatus, Netanyahu argued the need for such an investment by saying that it was not only a "serious threat", but also a "serious business".

"A few years ago, I decided to establish Israel as one of the five leading powers in the world and I think by all accounts, we are there but the jury on security is always out.

The Israeli Prime Minister underscored the exponential rise in the need for cyber security, as all governments grapple with finding the ways to protect confidential information of security organisations, the critical infrastructure, businesses, and every single organisation "as we enter the world of internet".

His comments came as the nations globally witnessed two major cyber attacks this year, including the WannaCry ransomware attack was in May.

Netanyahu credited himself for creating the National Cyber Defence Authority -- to streamline information sharing between government, the private sector and various organisations -- to combat cyber threats.

Hundreds of organisations are said to have joined this cybernet as it not only tries to facilitate secure communication between them and with others but also guides them as to how to prevent or respond to cyber attacks.

The Israeli leader reached out to other countries to join this initiative by saying that "in general, again with some reservations, we are better together". 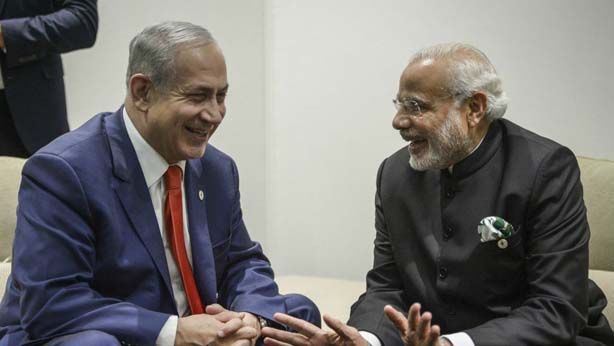 The second reason, he said, as to why cyber security is a serious business, is because it is a fast growing market and an "endless business".

"It's growing geometrically because there is never a permanent solution. It's an endless business. The battle for market share in the fast growing market is open to anyone although there are certain requirements, certain barriers to entry. This produces an endless crop of companies," Netanyahu said.

"We, in Israel, have 600-700 start ups and they are constantly added and weeded out. This is a fast geometrically rising market," he added.

The Israeli Premier also talked at length about how Israel's reputation as a centre of advanced technology and hub of cyber security has led to countries, that once boycotted it, now embrace it.

"There used to be a thing called the Arab boycott.

Remember that. Well that has dissipated for many many reasons - strategic and others but the prominence of Israel in the technological field and in the cyber field has made Israeli companies very very attractive", he said.

"If we look at the figures of 2016, we have about 20 per cent share of total cyber security investment around the world," Netanyahu said.

Prime Minister Modi's Israel visit would be the first ever by an Indian premier to the country. Modi and Netanyahu, however, have already met twice on foreign soil on the sidelines of UN-related events and are said to be constantly in touch with each other over the phone. (With PTI inputs)