The stretch was inaugurated by Union Minister Hardeep Singh Puri and Delhi Chief Minister Arvind Kejriwal at the Metro Bhawan. Passenger services on the section will commence from 5 pm on the same day.

The Dwarka - Najafgarh corridor being flagged off for passenger operations. Services on the corridor will start for passengers at 5 pm later today. pic.twitter.com/pXqDtTx10M

The Grey Line section has three stations -- Dwarka, Nangli and Najafgarh. While Dwarka and Nangli are elevated stations, Najafgarh is underground.

The opening of the stretch has put Najafgarh for the first time on the Delhi Metro map, which will be now connected with the rest of the network. 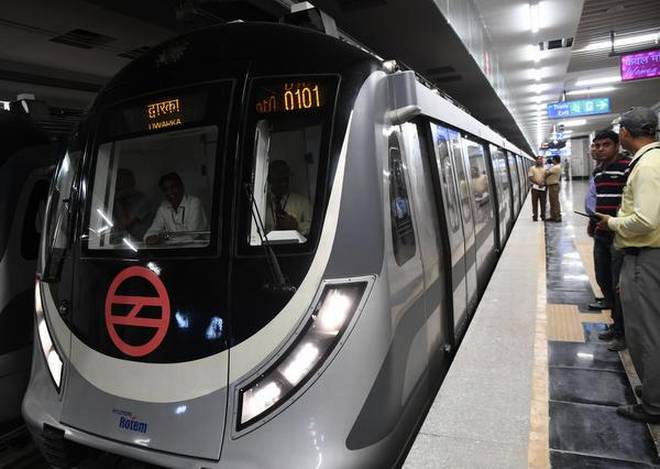 The section has an interchange at the Dwarka station, where commuters can change to Blue Line, which connects Dwarka Sector-21 to Noida Electronic City and Vaishali in Ghaziabad.

Trial runs on the Dwarka-Najafgarh stretch had begun in July. Earlier this week, the corridor got a safety approval from the Commissioner of Metro Rail Safety (CMRS) to begin passenger operations on the stretch.

The section is being further extended by another 1.18 kilometres till Dhansa Stand, which is slated for completion by December 2020.

The opening of the corridor is expected to give a boost to connectivity and ease commuting to Najafgarh. (ANI)