The river was flowing at 205.94 meters, 0.61 meters above the "danger mark" of 205.33 meters. The water level is expected to rise further as Haryana released 1.43 lakh cusec water on Monday evening. The Chief Minister Arvind Kejriwal had chaired a high-level meeting of Cabinet ministers and officers of concerned departments to take stock of preparedness for any situation arising out of incoming excess water in the river.

After meeting, he urged the people living on the Yamuna floodplains and low-lying areas to move to safer places.

As a precautionary measure, vehicular movement on 'Loha Pul', an old iron bridge over the river connecting East Delhi to Old Delhi, was closed in view of the increasing water level. 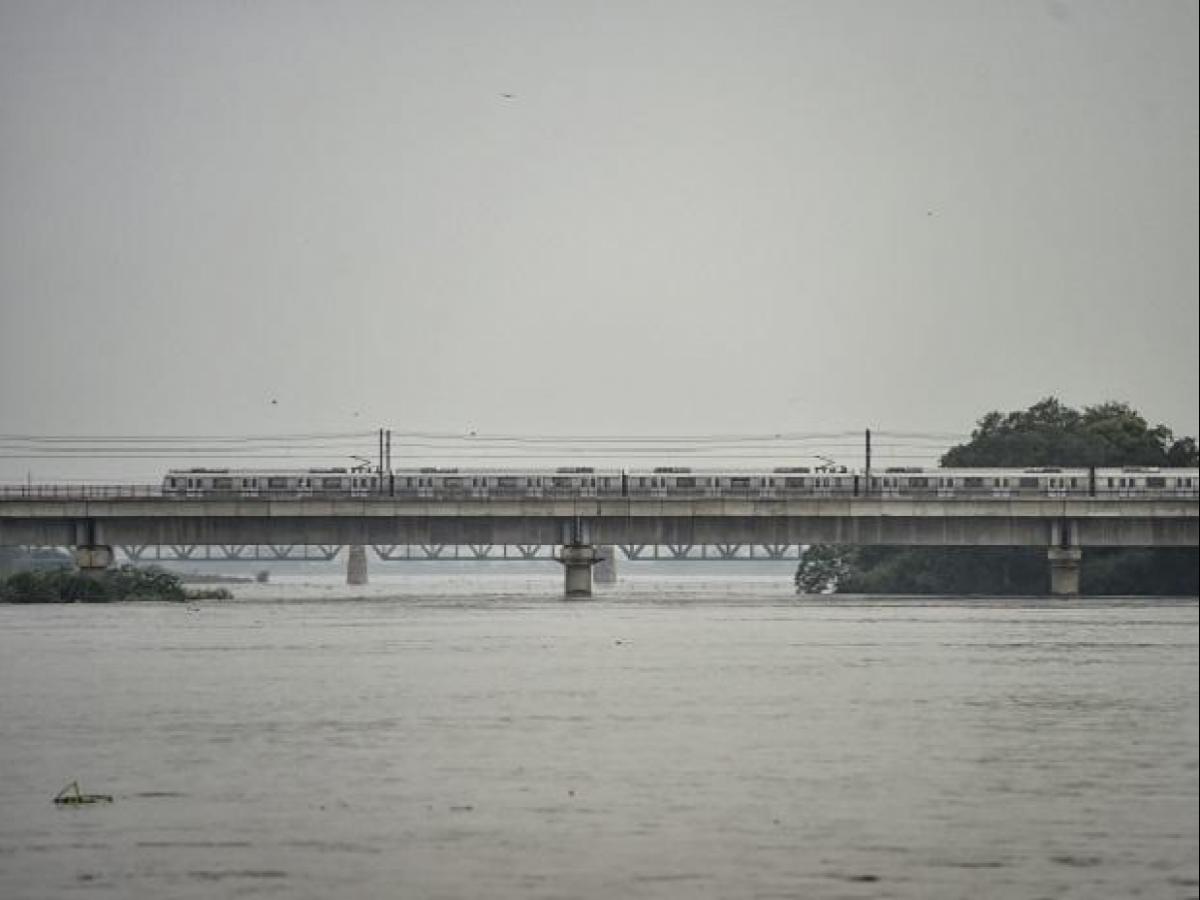 The Yamuna level is expectedly going to rise to 207 metres due to the latest discharge from the barrage as the highest amount of water -- 8,28,000 cusec -- was released in the history of Hathni Kund barrage on Sunday.

The Delhi government has set up 2120 tents for 23860 people who are expected to be affected due to the excess water resulting in Yamuna's overflow.(ANI)

Delhiites wake up to rainy day