The air quality in the national capital on slightly improved on Thursday, bringing down the pollution level to 'very poor' category from 'hazardous'.

New Delhi: Following light rainfall on Wednesday night, the air quality in the national capital on slightly improved on Thursday, bringing down the pollution level to 'very poor' category from 'hazardous'.

According to the System of Air Quality and Weather Forecasting and Research (SAFAR), the overall Air Quality Index (AQI) of New Delhi recorded at 342 at around 9:09 am as compared to 419 on the previous day.

"Air quality has improved significantly mainly due to sufficient rainfall last night to wash away bigger particles and created space for faster dispersion without a decline in temperature. AQI is back to 'very poor.' It may recover further today. A slight increase in AQI is predicted next three days but is likely to remain in very poor," said SAFAR in a statement. 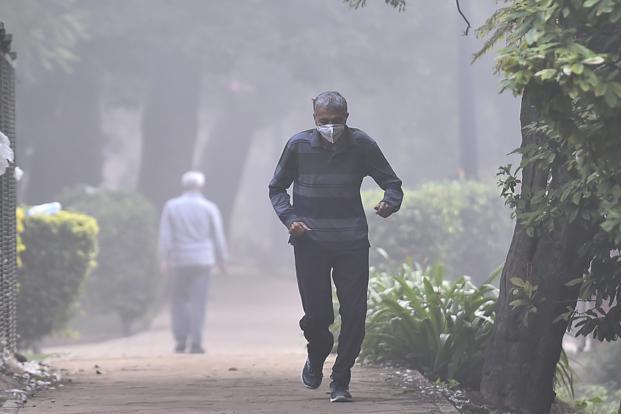 After battling the thick fog for days, the residents of national capital are taking the sigh of relief following the rain. "The weather is quite pleasant. There is no smog. The air is somewhat breathable," said a jogger.

While suggesting corrective measures to, Lal wrote, "In this situation, the only option is to look at either a complete ban on all private vehicles (without the identification of petrol or diesel), other than CNG and/or restriction on plying by number plate (odd-even). However, please note that the odd-even scheme, as practiced in other cities for similar pollution abatement, is done for extended hours and includes all private vehicles."