Ongoing search operations at the Dera Sacha Sauda Headquarters in Sirsa, Haryana, revealed the existence of an illegal explosives factory and firecrackers, which were promptly sealed.

Sirsa: Ongoing search operations at the Dera Sacha Sauda Headquarters in Sirsa, Haryana, today revealed the existence of an illegal explosives factory and firecrackers, which were promptly sealed.

Deputy Director (Public Relations) of the Haryana Government Satish Mehra told ANI "Explosives and fire crackers have been seized from the headquarters."

Mehra further said that a set of walkie-talkies has also been found inside the room of convicted Dera Chief Gurmeet Ram Rahim Singh.

Besides that, "Some minor children have been rescued, one is from Uttar Pradesh and the other is from Kaithal. They have been handed over to the district child protection officer," Mehra said.

He also said that unlabelled medicines have been found on the premises and handed over to the district administration. 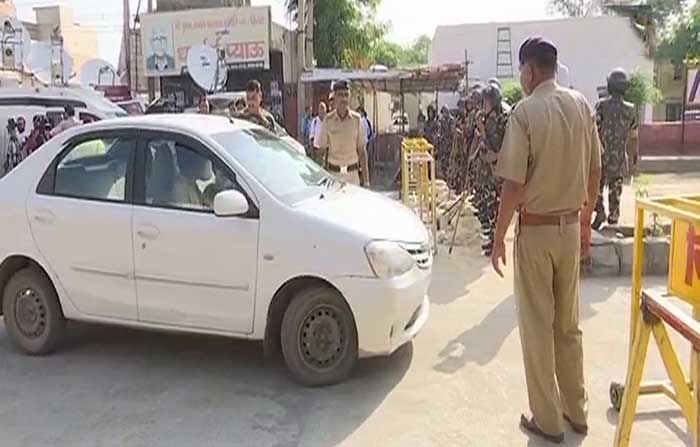 Mehra confirmed that search operations would continue till the evening and action would be initiated thereafter.

Heavy security has been deployed in Sirsa and surrounding areas to allow the search operations at the Dera headquarters to go on smoothly.

A curfew has also been imposed in areas surrounding the Dera and there will be no relaxation given in these areas till the search operation is on.

Earlier on September 5, the Punjab and Haryana High Court gave orders to conduct a search operation of Dera Sacha Sauda headquarters under the supervision of a judicial officer.

This order came after the Haryana Police seized 33 licensed weapons of the Dera Sacha Sauda. These weapons included 14 revolvers, nine guns, four rifles and other modified weapons. The police later seized and sealed all weapons. (ANI)

Quantum of sentence of Gurmeet Ram Rahim to be pronounced at 2:30 pm

Honeypreet Insan to be produced in Panchkula court

Ram Rahim convicted in rape case, quantum of sentence to be announced on Monday