An anti-terrorism court in Dhaka on Wednesday sentenced seven people to death in connection with a 2016 deadly siege of a popular cafe in the Bangladeshi capital.

Dhaka: An anti-terrorism court in Dhaka on Wednesday sentenced seven people to death in connection with a 2016 deadly siege of a popular cafe in the Bangladeshi capital.

One person was acquitted by the court, which delivered its verdict amid tight security, Al Jazeera reported.

Twenty-two people were killed after gunmen stormed the Holey Artisan Bakery in downtown Dhaka's Gulshan area on July 1, 2016, in an attack that drew global condemnation. The victims also included 17 foreigners.

Golam Sharuar Khan Zakir, the public prosecutor, welcomed the verdict, saying, "We sought the death penalty for them as they were intricately involved with the terrorist attack even though they didn't physically take part in it." 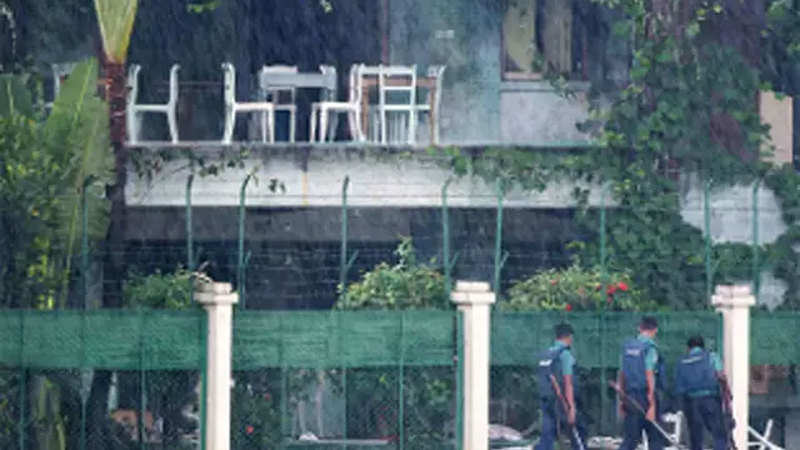 Hundreds of security forces, including the paramilitary Rapid Action Battalion, were deployed on Wednesday in and around the court premises in Dhaka. Security analyst retired Major General Abdur Rashid called the verdict to be a "milestone".

"With this verdict, Bangladesh, as a country legally establishes its zero-tolerance stance against militancy and terrorism," he was quoted as saying.

Security forces stormed the cafe to break the 12-hour siege during which the Islamic State (ISIL/ISIS), which claimed responsibility for the attack by posting photos on social media of what it said were dead foreigners. (ANI)

PM Modi: India stands shoulder to shoulder with Bangladesh as a strong friend