Manchester United on Friday thrashed AZ Alkmaar 4-0 in the final game of the group stage of Europa League.


Manchester: Manchester United on Friday thrashed AZ Alkmaar 4-0 in the final game of the group stage of Europa League.

With this win, United leads the points with 13 points followed by AZ Alkmaar with 9 points. Both the teams had already qualified from Group L and entered the last 16 of the competition. After a lacklustre first half, the game picked pace in the second half as United scored four goals in the first eleven minutes after the interval. 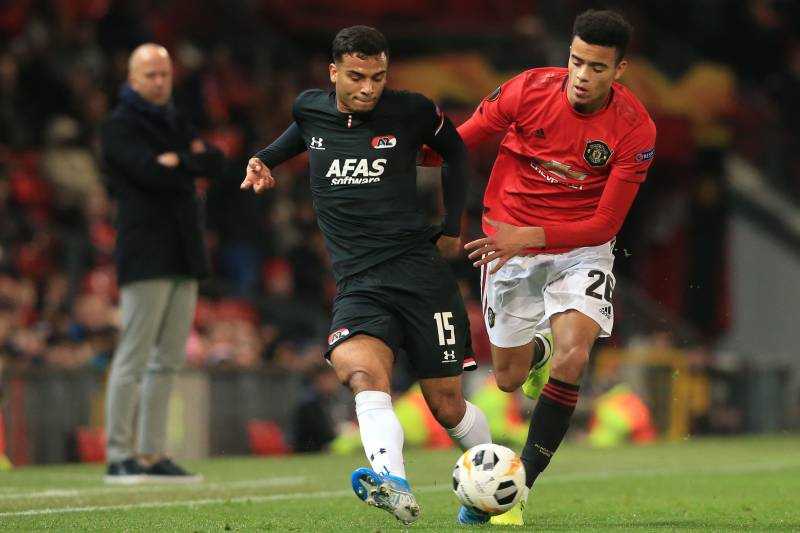 Mason Greenwood stole the show, scoring two goals, becoming the youngest player to score a brace in major European competition for the club.

Greenwood is now United's second-leading goal scorer of the season with six goals under his belt.

United is at fifth position in the Premier League table, five points behind fourth-placed Chelsea in the final Champions League position. (ANI)