Sarangi was inducted into the BJP at the residence of party president Amit Shah. Union Minister Dharmendra Pradhan and BJP 's Odisha Chief Basant Panda were also present on the occasion. 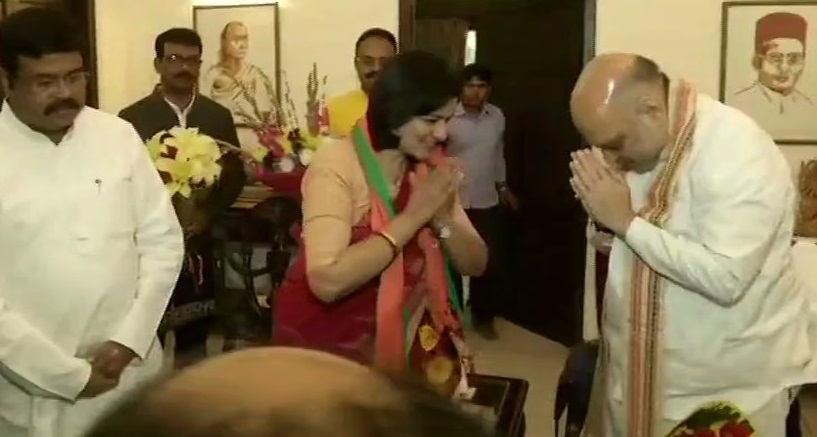 The 1994-batch IAS officer is scheduled to return to Odisha tomorrow and will be welcomed by the BJP leaders of the state unit.

Sarangi, who was serving as the Joint Secretary of the Mahatma Gandhi National Rural Employment Guarantee Act (MGNREGA) under the Ministry of Rural Development, completed her tenure in August this year. (ANI)