Extinct Australian fish back from the dead after 20 years

A rare Australian fish thought to be extinct for over 20 years, appears to have been found during a lake recovery project in the eastern State of Victoria.

Sydney: A rare Australian fish thought to be extinct for over 20 years, appears to have been found during a lake recovery project in the eastern State of Victoria.

Officials said on Friday that a sighting of two Southern Purple Spotted Gudgeon fish (Mogurnda adspersa), was reported for the first time since the species was officially declared extinct in 1998.

Also Read: Swedes use ropes, towels to save Briton who lost foot to shark in Australia

Authorities say that the miraculous resurrection is an example of how environmental rehabilitation measures are breathing life back into damaged parts of Australia's ecosystem.

"This is a major environmental discovery - potentially recovering a native Victorian species that has been extinct for over two decades," Victoria's Water Minister Lisa Neville said.

"This rare sighting shows the work we're doing to protect our waterways and their precious ecosystems is working," Neville said. 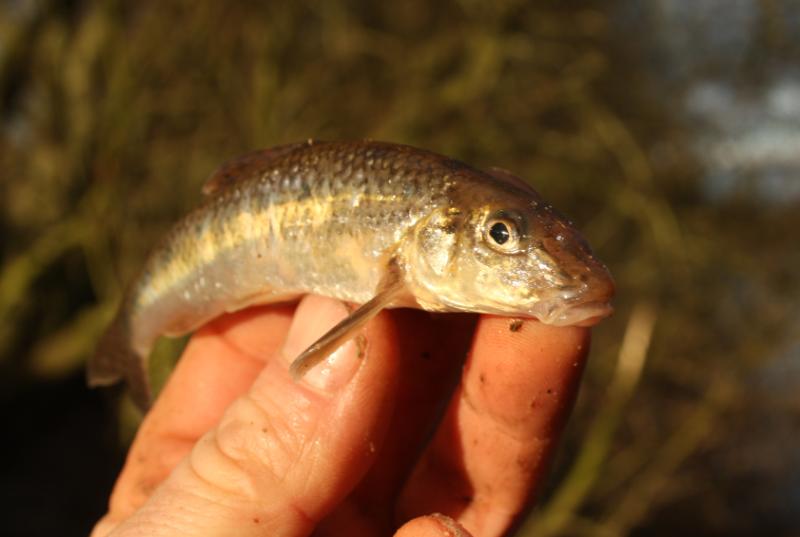 The pair of fish were spotted by rehabilitation crews who immediately stopped work, taking photos and samples for a currently pending DNA confirmation.

Once confirmation is received,Victoria's Minister for Energy, Environment and Climate Change Lily D'Ambrosio said her government will ensure that an appropriate strategy is developed to protect and recover this rare species.

The project which was taking place when the fish were discovered is part of a 2 billion Australian dollars (1.3 billion U.S. dollars) government effort to restore waterways formerly used for irrigation, to a more natural state.

"Lakes, waterways and wetlands provide habitat for an array of native plants and animals and our strong biodiversity program will ensure they have a home for generations to come," D'Ambrosio said. (ANI)

Donald Bradman was a freak, but I don’t think he would have averaged 99 now:Rodney Hogg

Harbhajan: If Australia plays well, India will win 3-0, else 4-0