With more than 15 reserved Scheduled Caste (SC) seats up for grabs in the remaining four phases of the elections, Bharatiya Janata Party (BJP) has turned up the heat against Trinamool Congress Supremo Mamata Banerjee for being anti-Dalit.

Bardhaman: With more than 15 reserved Scheduled Caste (SC) seats up for grabs in the remaining four phases of the elections, Bharatiya Janata Party (BJP) has turned up the heat against Trinamool Congress Supremo Mamata Banerjee for being anti-Dalit.

Prime minister Narendra Modi while addressing a public rally in Bardhaman on Monday accused chief minister Mamata Banerjee of insulting SCs and Dalits by staying tight-lipped on offensive remarks about the community by her party leaders.

Baba Sahab Ambedkar's soul must be pained listening to Didi's bitter words. April 14 is the birth anniversary of Baba Ambedkar and at such a time this insult is hurled upon him by Didi. No one can think that such statements can come from the land of Bengal," said the Prime Minister.

Taking a dig at Banerjee for calling herself Royal Bengal Tiger, Prime Minister Modi asked whether any leader from TMCcan give any statement against Dalits without her approval.

"Didi calls herself Royal Bengal Tiger. Without Didi's approval, no one can give such a comment against our SC brothers and sisters. Our Dalit brothers were called beggars but Didi did not apologize and did not condemn," the Prime Minister asked the crowd. 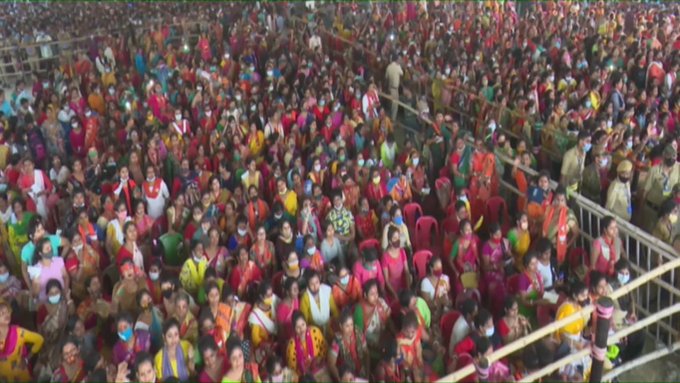 It has been two days since one of the TMC candidates Sujata Mondal allegedly made objectionable remarks against the SC community. BJP has decided to not let the issue die down.

Not just TMC that is painted as anti-Dalit in the state polls, other opposition parties are also on BJP's target for not condemning the statement made by the TMC leader.

My phone is being tapped, will order CID probe: Mamata

Confident of win in Bengal now, later in Delhi: Mamata

Mamata Banerjee says she will introduce bill to ban those making violent, inflammatory remarks from politics

Left govt's hooliganism is being repeated by BJP: Mamata Banerjee