The prime minister was in Rajasthan to launch the National Nutrition Mission (NNM) and announce the expansion of the 'Beti Bachao, Beti Padhao' programme.

Jhunjhunu: Prime Minister Narendra Modi today said that female foeticide was a matter of "deep shame" and mothers-in-law should take the lead to protect the girl child.

The prime minister was in Rajasthan to launch the National Nutrition Mission (NNM) and announce the expansion of the 'Beti Bachao, Beti Padhao' programme.

Everyone is equal. It is important that girls get access to quality education, just like boys. A daughter is not a burden. Look around us, see how girls are bringing pride and glory to our nation, Modi said on International Women's Day.

There is no question of discrimination against daughters. Beti bojh nahi, poore parivaar ki aan, baan aur shaan hai (daughters are not a burden, but the pride of a family), and it is equally important to provide proper nutrition to children, he said here.

Modi asked the people of India to pledge to create an atmosphere of equality for the girl child and to end gender-based discrimination in the country. 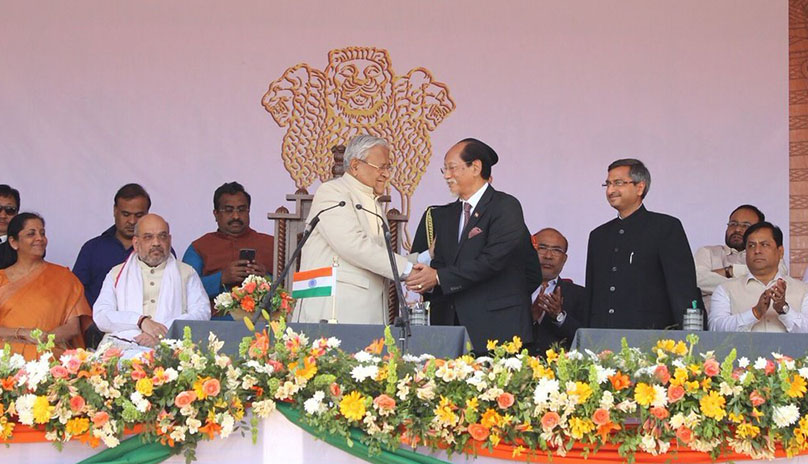 He highlighted the vitality of proper nutrition among children and also spoke on how Mission Indradhanush, a national immunisation programme, had brought about positive change in the lives of children and women.

The 'Beti Bachao, Beti Padhao' programme was expanded from the existing 161 to 640 districts of the country.

Modi said that there was a need to transform the lives of women and harness 'nari shakti (women power)' to create a New India.

From classroom to sports, they shine everywhere. Today, let us pledge to create an atmosphere of equality for the girl child. There is no question of any discrimination based on gender, the prime minister said.

He also called for eradication of female foeticide from the country. 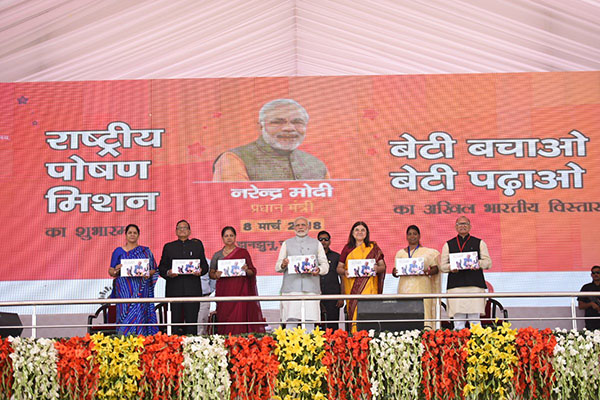 Female foeticide is a matter of deep shame and a cause of great concern. Let us work together to remove this menace from society, Modi said.

"We have no right to call ourselves 21st century citizens as long as we have an 18th century mindset," he said.

Calling for an end to discrimination between sons and daughters, Modi said this was key to ending female foeticide.

Each one of us has a collective responsibility towards this end, otherwise we would not only be harming the current generation, but also inviting a "terrible crisis for future generations", he said.

Modi said that mere government budget is insufficient to address the problems such as foeticide and nutrition.

Proper education and mass movement are required to bring about a change. Criticise the PM as much as you want but when you think of the PM, think of Poshan Mission (PM), Modi said. 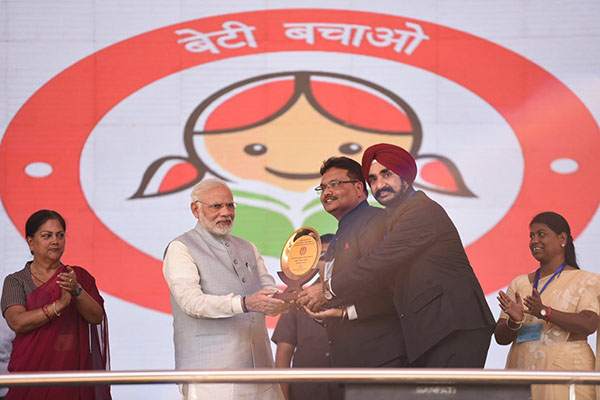 The prime minister said it takes ages to eliminate evils from the society and problems of five generations cannot be solved in a short span.

But, if we act effectively now then "we can solve the problem in a timely manner", he said.

Modi also called upon mothers-in-law to take the lead in protecting the girl child and urged them as well as state governments to make it a mass movement.

Union Minister for Women and Child Development Maneka Gandhi said that there was need to connect people to bring about a change in society.

The government is committed to create a New India with fresh ideas and energy, she said.

With the efforts of the government child marriages in the country has reduced from 47 per cent to 20 per cent. We have also written to states for implementing 33 per cent reservation for women in police recruitment, Gandhi said, adding that the country will progress when women are empowered.

Empowered Rajasthan is not leaving any stone unturned to support the idea of an empowered nation and new India, she said.

Raje said that her government had launched several awareness programmes pertaining to the girl child.

The prime minister awarded Rajasthan's Jhunjhunu and Sikar districts along with 10 other districts of the country for the work done by them in improving the child sex ratio (CSR) under the BBBBP.

The Centre, in December last year, had approved the NNM to tackle malnutrition, low birth weight and stunting, with a budget of Rs 9,046 crore for three years.

The mission has a target to reduce malnutrition and low birth weight by 2 per cent each year.

More than 10 crore people are expected to benefit from the programme. In the first phase in 2017-18, NNM will be launched in 315 districts, including 24 in Rajasthan. (PTI)