Find out! How Katrina Kaif overcome her toughest thing in TOH song

Katrina Kaif shares a video from her upcoming movie 'Thugs Of Hindostan' which is going viral.


Mumbai: Katrina Kaif is again in limelight for her most awaited song 'Suraiyya' from movie 'Thugs Of Hindostan'. She has posted a video in which she has been gone through a tough step while shooting for the track.

The actor took to Instagram account and posted the video and wrote: This step was a bit tough to do beyond a point in rehearsals , I practiced a few times, the team explained me the technique but still it was tough to do repeatedly, so I really wasn’t confident of the step , so on the last day of the song shoot Prabhu sir asked me if I was ok to try doing the shot , and I wanted to finish the song knowing we had done everything he gave me to do , so we kept it for last shot of the song 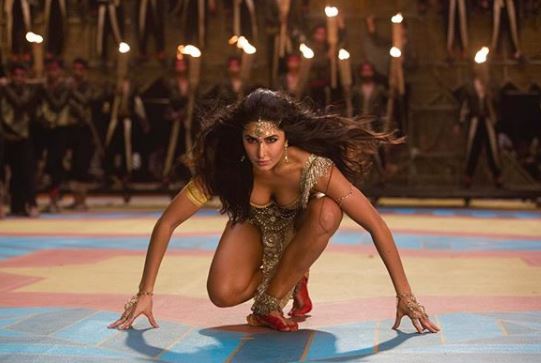 Earlier, the teaser of the track has already created a lot of buzz among the funs. The film is also starring Amitabh Bachchan, Aamir Khan, Fatima Sana Shaibh and Jacky Shroff.

Vijay Krishna Acharya directed flick is all slated to hit the theaters on 9 November.

Thugs of Hindostan: First teaser of Katrina Kaif as Suraiyya is blazing fire

Another poster unveiled the whole pirates crew of 'Thugs of Hindostan'

Thugs of Hindostan trailer: Perfect combo of action and adventure

Thugs of Hindostan: Aamir Khan as 'Firangi' is must watch motion teaser