Addressing the 30th convocation of Kurukshetra University, he said women form about 50 percent of the population, and must be respected.


Kurukshetra: Vice President Venkaiah Naidu today blamed foreign rule in the past for the situation now where women do not get the respect which he felt Indian tradition gave them.

Addressing the 30th convocation of Kurukshetra University, he said women form about 50 percent of the population, and must be respected.

"Most of our rivers like Godavari, Ganga, Yamuna are named after females. Saraswati mata is for knowledge, Durga mata for defence and Laxmi mata for finance," he said.

Holding colonial and foreign rule responsible, he condemned the manner in which society now saw women despite these traditions.

"It is shameful and needs to be condemned," Naidu said.

He did not mention the Kathua rape and murder case or the controversy over a rape in Unnao in Uttar Pradesh. 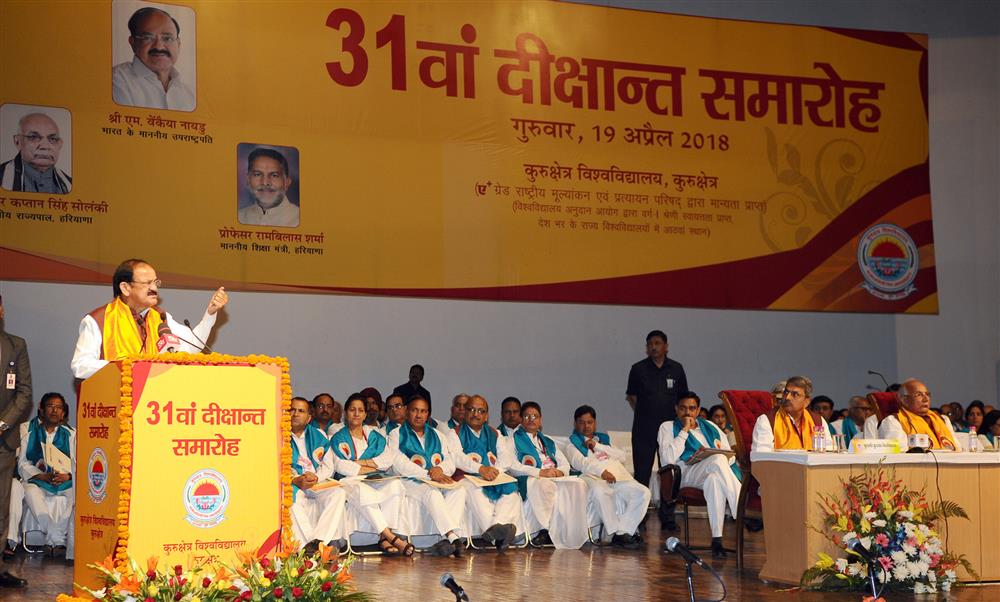 He also urged students not to resort to violence for getting any demands met and said disputes should be settled through discussion.

Protests must be peaceful as destruction of property was their own loss, he told them.

Also Read: Prez on Kathua case- We've to think what kind of society we are becoming

The Vice President urged university university graduates to build their careers on calibre and character, saying there was no shortcut to success.

He asked them to adopt discipline and hard work to achieve their goals and to create a 'New India'.

Quoting the success stories of former President A P J Abdul Kalam and Prime Minister Narendra Modi, and giving examples from his own life, Naidu said India was a land of opportunity.

Everybody had a chance to rise high through hard work and dedication, he said. (With PTI inputs)

Opposition welcomes VP Naidu, reminds him to be 'unbiased'

You are testing the patience of countrymen: Venkaiah Naidu in RS

Rahul Gandhi on Me Too: Everyone learns to treat women with respect, dignity