Everyone knows about the popularity of the sitcom 'Friends'. The series about six friends hanging out in a coffee shop (Central Perk) and discussing their life took the global audience by storm and it has helped in shaping the lives of so many people around the world.

New Delhi: Everyone knows about the popularity of the sitcom 'Friends'. The series about six friends hanging out in a coffee shop (Central Perk) and discussing their life took the global audience by storm and it has helped in shaping the lives of so many people around the world.

Now, it may look like an exaggeration when we say that the show has helped people all across the world in different ways but when you watch the recently telecasted 'Friends: The Reunion', you will exactly understand how these bunch of six friends helped some people with depression and anxiety and some introverts to find someone they can relate to.

The 'Friends' reunion special was about living the aura of the famous sitcom and taking fans on a nostalgic trip.

But with an emotional joyride, also came some major revelations.

The cast and the creators of the show got together one last time for an unscripted special episode. 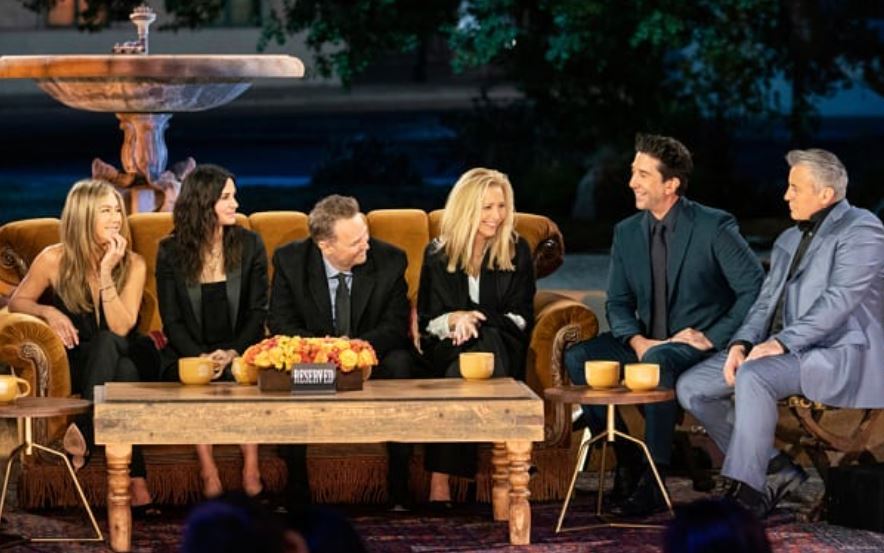 Here are some of the revelations that were made during the reunion special episode:

1. David Schwimmer (who played Ross on the show) hated the monkey, Marcel
In the first season of the show, the camaraderie between Ross and monkey Marcel took everyone by storm and the bits involving these two characters made everyone laugh out loud.

But in a revelation, Schwimmer revealed that he hated the monkey as it made the entire cast change their working schedules.

Schwimmer went on to say that the monkey was a trained one, but he ended up doing things on his time, throwing the schedule of all six actors in a disarray. In the end, Schwimmer concluded by saying -- Marcel had to f*** off.

2. Lisa Kudrow (who played Phoebe on the show) has not seen the entire series
Lisa Kudrow revealed that she has not watched the entire show. She also said that one day along with her husband Michel, she decided to watch Season 4 of the show, but she ended up being petrified as she gets mortified of watching herself on screen.

In this bit, Schwimmer also said that it took him 17 years to watch the entire show and he managed to do it with his daughter recently.

3. David Schwimmer (Ross) and Jennifer Aniston (Rachel) admitted to having a major crush on each other
The entire show was built around the plotline of whether Ross and Rachel will end up together. Both the characters had a history ranging from season 1 to season 10. During the course, they hooked up many times and ended up breaking up as well.

The plotline of these two characters gave two iconic lines in the show as well -- "We were on a break", and "You fell Asleep".

When the host of the reunion special, James Cordon asked whether any of the cast members ever had romantic feelings, Schwimmer said he along with Jennifer would "spoon and fall asleep on the couch together" while filming the show.

Both the actors also accepted that they "crushed hard" on each other but they were not able to end up together as one of them was always in a relationship.

Schwimmer also went on to say that they never crossed that boundary.

The makers then requested him to come on board and do the show, and eventually, Schwimmer became the first person to be cast on the show. After Schwimmer, Lisa Kudrow was cast as Phoebe, followed by Matt Le Blanc as Joey.

Then Courtney Cox was roped in to play Monica, followed by Matthew Perry as Chandler and Jennifer Aniston as Rachel.(ANI)