Gaddam Dharmendra appointed as the next Ambassador of India to the Islamic Republic of Iran. @DynamiteNews_

Dharmendra, a 1990-batch Indian Foreign Service officer and at present, additional secretary in the MEA here, will replace Saurabh Kumar, who was appointed India's ambassador to Myanmar last month. Dharmendra is expected to take up the assignment shortly, it said.

Also Read: Suchitra Durai to be next Ambassador of India to Kingdom of Thailand

His appointment comes at a time when the global focus is on oil imports from Iran as the US on Monday imposed "the toughest ever" sanctions aimed at altering the Iranian regime's "behaviour". 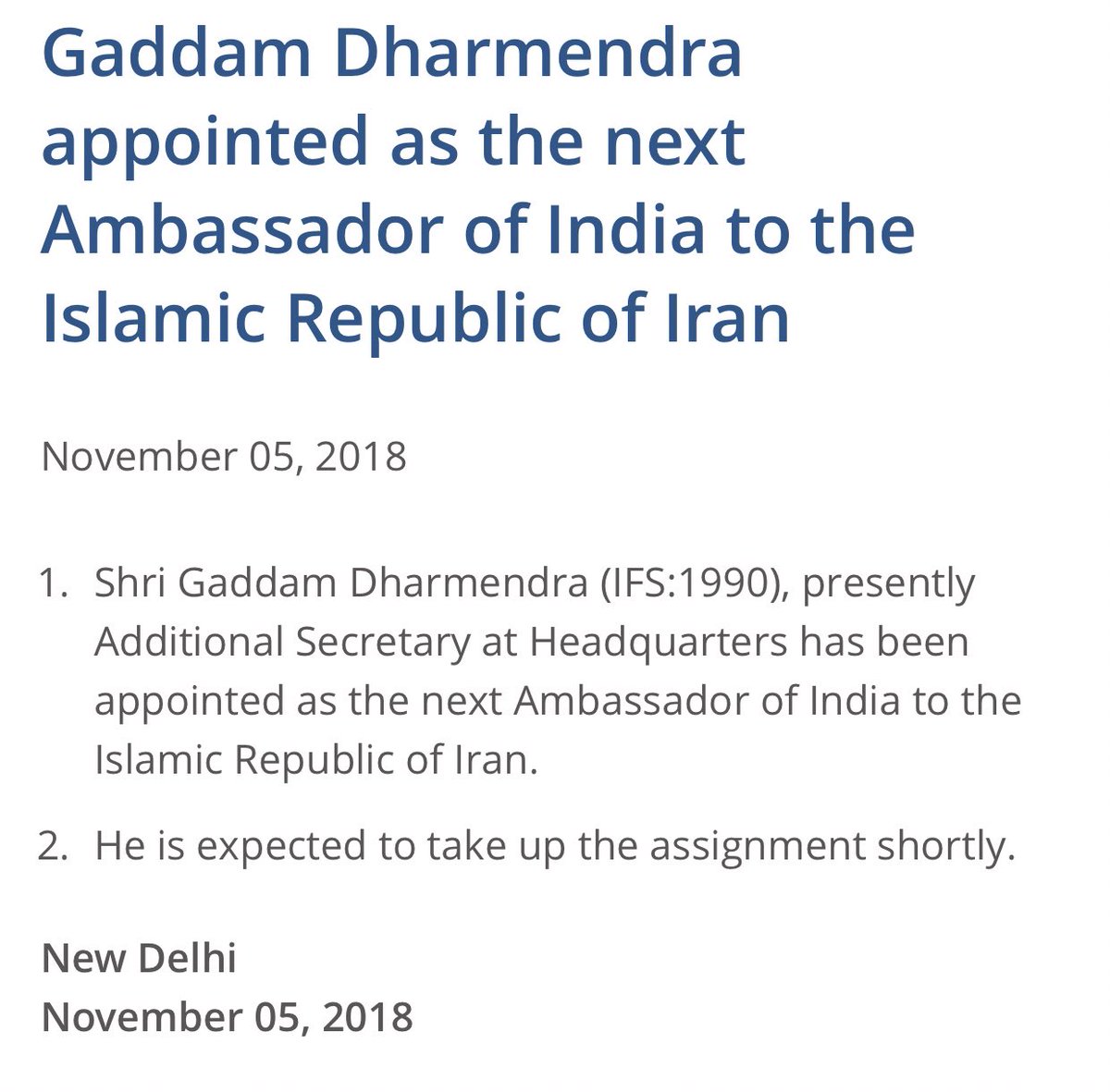 India and China are believed to be among the eight countries that have been given the rare temporary exemptions from the Iranian sanctions.

Also Read: Sangeeta Bahadur appointed as next Ambassador of India to the Republic of Belarus

She is expected to take up the assignment shortly, the MEA said. (PTI)