Army Chief General Bipin Rawat: Our intelligence agencies had given ample proof of what had happened in Pulwama and that is all I would like to say. https://t.co/nFa0niCz0Y

Speaking at a ceremony for commemoration of 20 years of Kargil Vijay Diwas here, he said, "My warning to Pakistan is do not ever attempt such a misadventure any time, in the future. Anywhere, anytime do not think of it."

"It was a big misadventure undertaken by the Pakistan army in 1999. They did not appreciate the will and the intent of the Indian political establishment and the Indian armed forces that we will never allow them to succeed," he said. 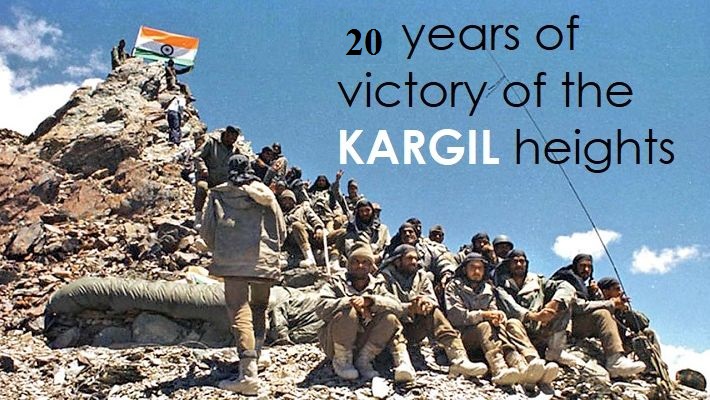 Commenting on the question of Pakistan's denial about its involvement in Pulwama terror attack, Rawat said, "We are aware of the truth. So we are not carried away by any statement. The truth is known to us. Our intelligence agencies have given ample proof about what had happened in Pulwama."

When asked about manufacture of arms in India, Rawat said, "Make in India has already commenced. Guns, Helicopters being manufactured in India. We are also looking for ammunitions manufacturing in India. Now AK 203 with a joint venture with Russia will be manufactured in Amethi...We will be happy if anyone willing to share technologies with us. I would say they will be gainer as we have a huge market here. Once a weapon is tested here by the Indian army, it gets world famous."

#WATCH Drass, J&K: Army Chief General Bipin Rawat says, "I am quite sure the adversary will never attempt this again. This (Kargil War) was a big misadventure by Pakistan Army in 1999...My warning to Pakistan is do not ever attempt such a misadventure anytime in future." pic.twitter.com/PEUnXzCvzX

On being asked about infiltration after Balakot Air Strike, Rawat said, "Infiltration has come down because of two reasons one is because our troops are sitting alert and we have also inducted additional forces to strengthen the counter-infiltration grid."

"So the Pakistan army and terrorists across understand if they come anywhere near the LoC they will only have to come back to recover the body," he added.

Shouldn't get too concerned: Army Chief on Pak deployment along LoC

Army chief: Any misadventure by Pakistan Army will be repelled with punitive response