Branding the attack on Congress Vice-President Rahul Gandhi as "disgusting and disgraceful, the grand old party accused the ruling BJP saying the latter must know the truth can't be silenced.

Congress spokesperson Randeep Surjewala took to Twitter and wrote 'BJP goons broke Congress VP's car with heavy stones on his way to the helipad after meeting flood victims at Dhanera.'

With 218 deaths in Gujarat, 61 in Bansakanta following the floods due to torrential rains last week, Surjewala further lashed out at Prime Minister Narendra Modi and Gujarat Chief minister Vijay Rupani saying the PM only does an aerial visit while CM takes 5 days to visit. 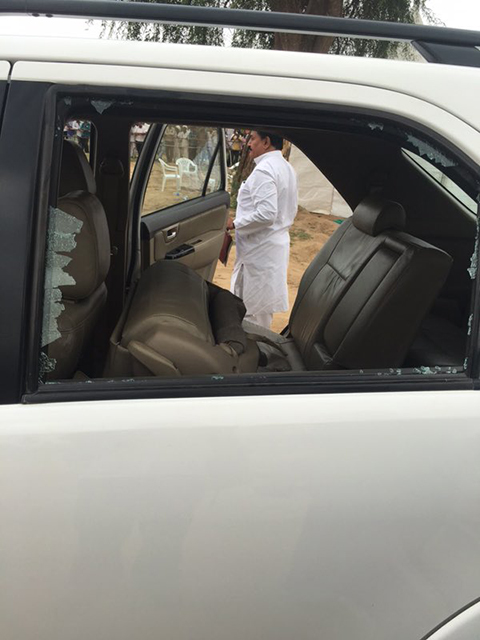 Rahul Gandhi visited flood affected areas in Gujarat, on Friday, where he was also shown black flags by a group of protesters.

Addressing the villagers and the media, Rahul Gandhi said that he was in Assam the other day, Rajasthan on Friday and now in Gujarat.

Amidst his speech, few people waved black flags to which he asked the guards to let them in, and saying, "I don't care."

"It's a difficult and grievous time for all of you and so I wanted to come amongst you all," he said addressing the crowd. 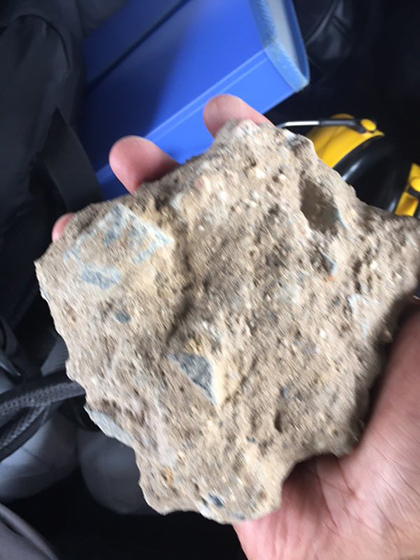 He added that many people lost their loved ones and homes due to floods and so he wanted to meet them to tell them that the Congress Party is standing with the people of Gujarat.

The Congress vice-president also visited Rajasthan flood affected areas on Friday morning and said that Chief Minister Vasundhra Raje-led Rajasthan Government is not taking adequate steps to provide relief to people of the state who have been affected by floods. (ANI)