WBBL which will be a standalone event this year from October 18 to December 8 is likely to clash with India's tour of the West Indies and as a result, the players will be left with a limited window towards the end of the WBBL05.

"The BCCI doesn't discourage any of our women's players from taking part in overseas leagues as long as their participation in those tournaments doesn't clash with their national duties. In this case, there's an international series to be played, so that will automatically be on top of their list of priorities," ESPN Cricinfo quoted BCCI's general manager (cricket operations) Saba Karim as saying.

The Indian team is tentatively slated to depart for the Caribbean on October 23.

The Indian side is also keen to remain fresh for India's tour of Australia next year which will feature England as well in the tri-series. 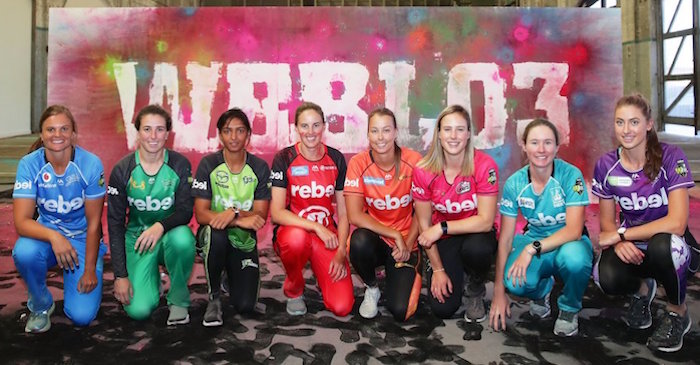 After the Australia series, India will take part in the Women's T20 World Cup, slated to begin from February next year and the Harmanpreet-led side will face Australia in their first match of the tournament. The scheduling of the WBBL and India's tour of West Indies resulted in Harmanpreet not getting a contract extension by Sydney Thunder. However, the player was approached by the Melbourne Stars.

Rodrigues is still waiting for that elusive WBBL contract. She enjoyed a good KSL season for Yorkshire Diamonds, after finishing the tournament as the second-highest run-getter. India is currently playing a five-match T20 series against South Africa at home. The Indian side recorded a win in the first T20 whereas the second match of the series was abandoned due to rain at Surat.

After the T20 series, India will face South Africa in a three-match ODI series. (ANI)