Police on Thursday arrested four terrorists and recovered a large cache of explosives from them in Karnal. More details on Dynamite News: 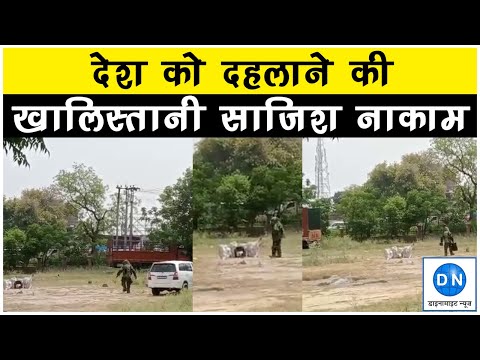 Karnal: Four terror suspects were arrested in Karnal on Thursday. A huge cache of explosives was recovered from them.

Police said, three suspects hail from Ferozepur and one from Ludhiana in Punjab. The suspects have been identified as Gurpreet, Amandeep, Parminder and Bhupinder.

Superintendent of Police (SP) Karnal informed that the accused were in touch with a Pak-based man who asked them to drop arms and ammunition at Adilabad, Telangana. Accused Gurpreet received explosives sent from across the border using a drone in Ferozepur dist. Earlier, they dropped explosives at Nanded.”

"Desi pistol, 31 live ammunition, 3 iron-container with explosives, and nearly Rs 1.3 lakh have been recovered,” he added.

Punjab: One dead, 11 injured in explosion at Ludhiana factory

Haryana: Security beefed up, prohibitory orders in place in Karnal ahead of Kisan Mahapnachayat