Home Minister Rajnath Singh spoke about the many steps that need to be taken to counter the guerrillas and said there should be immediate measures such as choking their finances.


New Delhi: Calling for "unity of purpose" amongst all Naxal-affected states, Union Home Minister Rajnath Singh today advocated the formation of a strategic and unified command to foil attempts to "stall development and throttle democracy at gunpoint".

Inaugurating a meeting of top officials and chief ministers of 10 Naxal affected states, the home minister spoke about the many steps that need to be taken to counter the guerrillas and said there should be immediate measures such as choking their finances.

He also said unmanned aerial vehicles (UAVs) would be pressed into service to bust their hideouts.

"I am sure that the attempts to stall development and throttle democracy at gunpoint will not be successful ever," the home minister said at the meeting, being held two weeks after 25 paramilitary personnel were killed by a band of Maoists in Chhattisgarh. 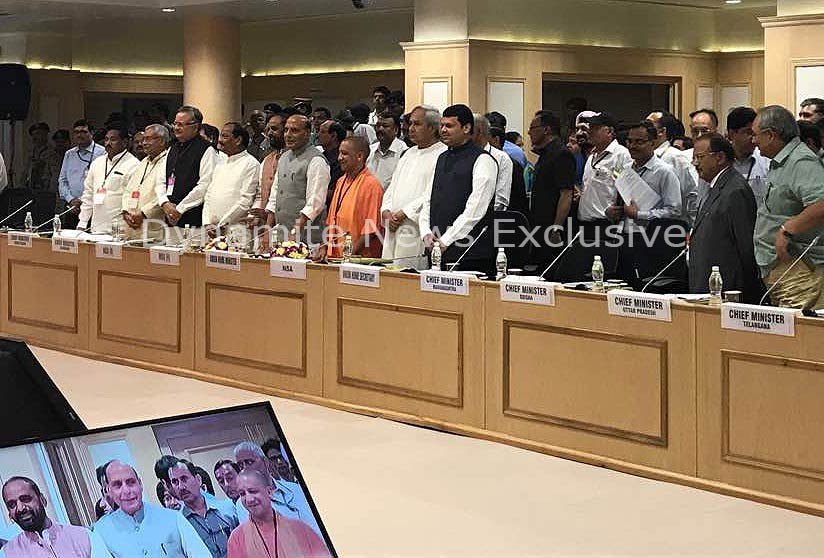 Around 12,000 people had lost their lives to Maoist violence in last 20 years, he said, expressing "confidence that together, with the new strategy and new force,we will confront the Naxals and will be successful against them".

The home minister called for a strategic and unified command of all states to have a "unity for purpose".

The meeting will help firm up anti-Naxal strategy to fight the guerillas in their hideouts. It is expected to take a holistic review, including covering a wide canvas of security and development issues, particularly infrastructure building.

Topping the agenda is the issue of re-calibrating strategy to make it more effective and to minimise casualties. 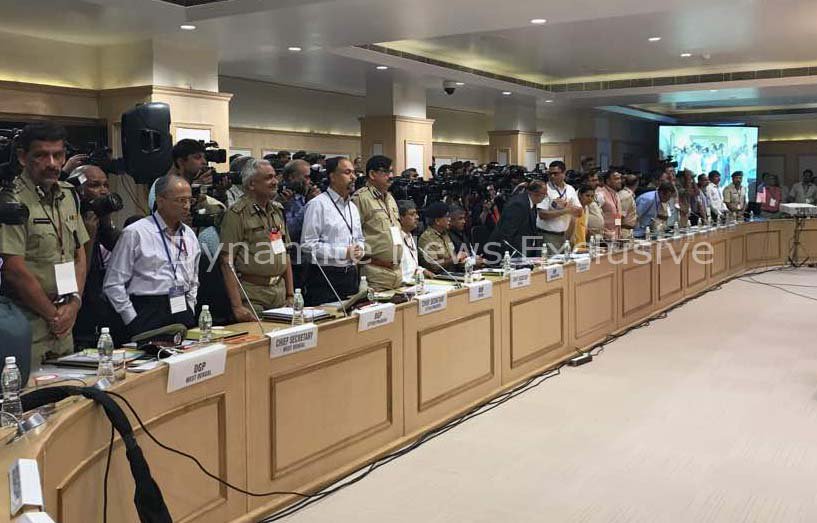 District magistrates and superintendents of police of 35 worst-hit Naxal-affected districts along with heads of paramilitary forces and intelligence agencies are attending the high-level security meet.

Many state Chief Ministers were presents in the meeting including UP CM Yogi Adityanath.

Rajnath Singh: Solution to Doklam stand-off to be found soon

Rajnath Singh: Naxalites will be rooted out by 2023

Rajnath appeals to all states to ensure safety of Kashmiris