Home Ministry: Over 1,400 lives lost due to rains, floods so far this monsoon

Over 1,400 people, including 488 in Kerala, have lost their lives due to rains, floods and landslides in 10 states so far in the monsoon season.

New Delhi:  Over 1,400 people, including 488 in Kerala, have lost their lives due to rains, floods and landslides in 10 states so far in the monsoon season, the Home Ministry said Monday.

According to the ministry's National Emergency Response Centre (NERC), 488 people have died in Kerala and 54.11 lakh in 14 districts have been severely hit by rains and floods, the worst in a century.

As many as 14.52 lakh flood-displaced people are living in relief camps across the state. Standing crops on over 57,024 hectares of land were damaged in the southern state.

As many as 254 people have died in Uttar Pradesh, 210 in West Bengal, 170 in Karnataka, 139 in Maharashtra, 52 in Gujarat, 50 in Assam, 37 in Uttarakhand, 29 in Odisha and 11 in Nagaland. Forty-three people have been missing -- 15 in Kerala, 14 in Uttar Pradesh, five in West Bengal, six in Uttarakhand and three in Karnataka, while 386 have been injured in rain-related incidents in the 10 states. 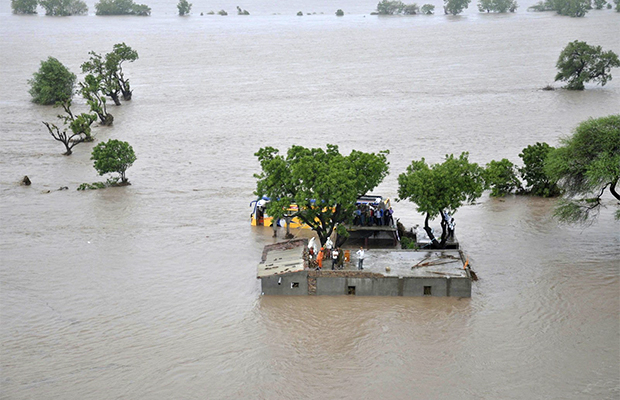 Rains and floods have hit 30 districts in Odisha, 26 districts in Maharashtra, 25 in Assam, 23 each in Uttar Pradesh and West Bengal, 14 in Kerala, 13 in Uttarakhand, 11 each in Karnataka and Nagaland, 10 in Gujarat.

Also Read: SC defers hearing on Article 35A till January 2019

In Uttar Pradesh, 3.42 lakh people have been impacted and crops on 50,873 hectares damaged. In Karnataka, 3.5 lakh population have been hit and crops on 3,521 hectares of land damaged. (PTI)

Philippines: Death Toll Soars To 44 Due To Floods, Landslides After Christmas Day Rains