Human Rights Watch urged the UN and international donors to press Pakistan to end the abuses, protect the remaining 1.1 million Afghan refugees in Pakistan, and allow refugees among the other estimated 750,000 unregistered Afghans there to seek protection. 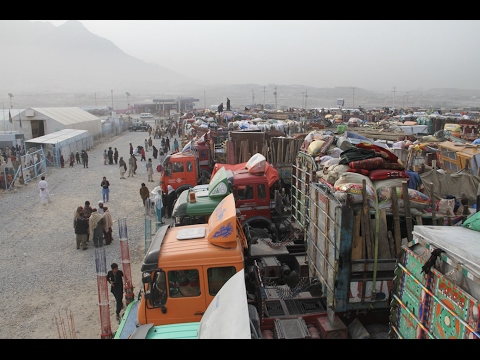 Kabul : New York-based Human Rights Watch said in a report released on Monday that Pakistani authorities have carried out a campaign of abuses and threats to drive out nearly 600,000 Afghans since July 2016.

According to the report, the returnees include 365,000 registered refugees, making it the world's largest mass forced return of refugees in recent years. Those who have returned to Afghanistan are now facing spiraling armed conflict, violence, hardship, and displacement in the country.

The report said UNHCR has become complicit in Pakistan's mass refugee abuse through enhancing its "voluntary repatriation" program and failing to publicly call for an end to coercive practices.

Human Rights Watch urged the UN and international donors to press Pakistan to end the abuses, protect the remaining 1.1 million Afghan refugees in Pakistan, and allow refugees among the other estimated 750,000 unregistered Afghans there to seek protection.

Afghan refugees told Human Rights Watch that a toxic combination of insecure legal status, the threat of deportation during winter, and police abuses - including crippling extortion, arbitrary detention, and nocturnal police raids - had left them with no choice but to leave Pakistan.

Many said that UNHCR's decision in late June to double its cash support, to US$400, for each returning refugee was critical in persuading them to escape Pakistan's abuses, even though they couldn't return to their conflict-ridden home areas, or had no house or land to go back to. Refugees also said they felt threatened by the sudden emergence of anti-Afghan hostility in Pakistan.

A 26-year-old Afghan who had returned to Kabul with his wife and two children said "In July, 11 soldiers and police came to our home at 3 a.m. They entered without asking and threw all our things on the floor. They demanded to see our refugee cards and said they were expired. Then they stole all our money and told us to leave Pakistan."

The report said that Pakistan's coercion of hundreds of thousands of registered Afghan refugees into returning to Afghanistan violates the international legal prohibition against refoulement - not to forcibly return anyone to a place where they would face a real risk of persecution, torture or other ill-treatment, or a threat to life which includes an obligation not to pressure anyone, including registered refugees, into returning to places where they face a serious risk of such harm. 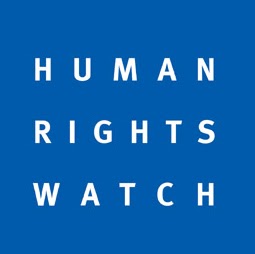 UNHCR effectively promoted the forced return between its cash support, its failure to provide refugees with complete, accurate, and up-to-date information on conditions in Afghanistan, and its failure to call the situation refoulement, HRW said.

It said that this contradicts UNHCR's basic refugee protection mandate and has made it complicit in Pakistan's mass refoulement of Afghan refugees.

UNHCR wrote to Human Rights Watch, saying it shares Human Rights Watch's "concerns regarding the reported push factors affecting the repatriation from Pakistan," but it that it "strongly refutes the claim that increasing the cash grant constituted promotion of return," and that UNHCR "provides support to refugees who make the decision to [return] based on a well-informed consideration of best options."

Pakistan's forced return of Afghans has come at a particularly dangerous time, with the conflict in Afghanistan killing and injuring more civilians than at any other time since 2009, displacing at least 1.5 million people, and with a third of the population destitute.

HRW asked the Pakistan government to avoid recreating the conditions in 2017 that coerced Afghan refugees to leave in 2016 and end police abuses and deportation threats, and extend refugee permits until at least March 31, 2019. (with ANI inputs)

Over 3,00,000 Afghans internally displaced due to intensification of conflict: UN