The nation gathered in large numbers at various parks and public places across the country today to mark the third International Day of Yoga brimming with excitement and energy.

New Delhi: Even as rain played a bit of a spoilsport in many places like Lucknow and Delhi, the nation gathered in large numbers at various parks and public places across the country today to mark the third International Day of Yoga brimming with excitement and energy.

Dressed in white t-shirts and trousers, people stretched and twisted themselves with joy in various postures at Yoga events held across the nation.

Gujarat Chief Minister Vijay Rupani shared a glimpse of the celebrations in his state. "Greetings on International Yoga Day. Sharing glimpses of #YogaDay2017 at Ahmedabad."

Maharashtra Chief Minister Devendra Fadnavis appealed to everyone to make Yoga an inseparable part of their life. 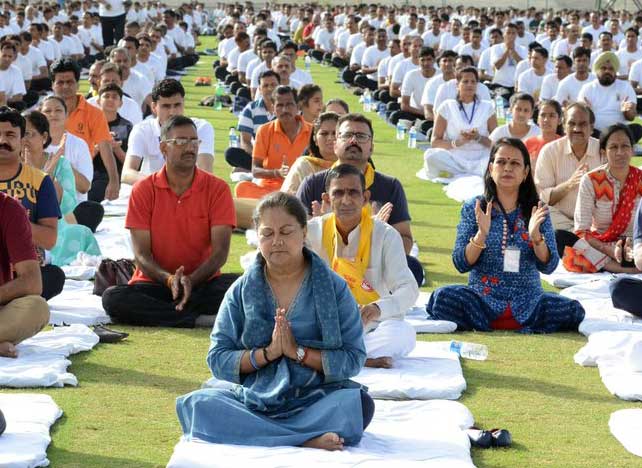 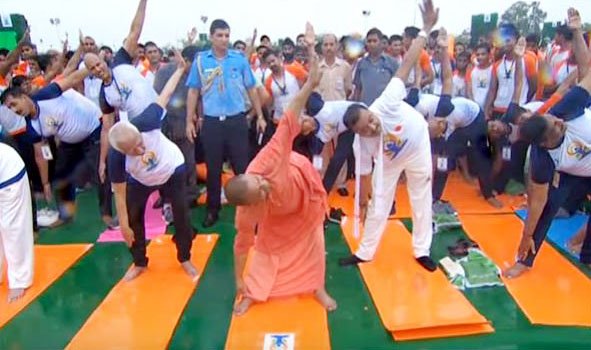 Uttar Pradesh Chief Minister Yogi Adityanath also had words of wisdom to share on the day. 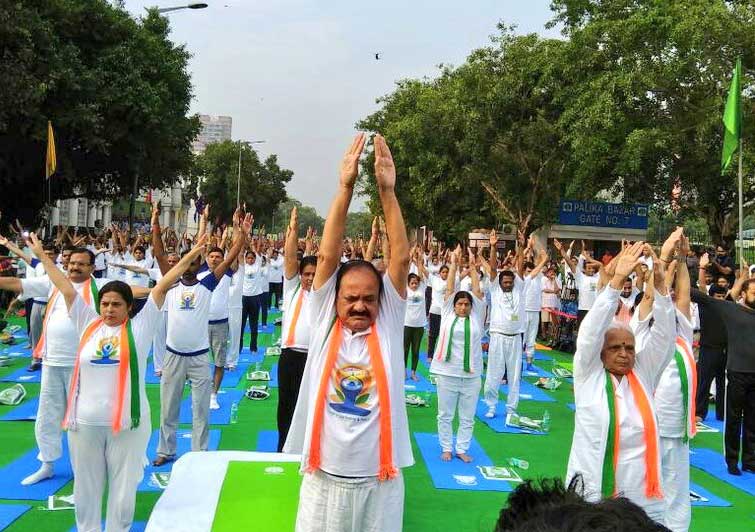 Celebrating International Yoga Day with the people of New Delhi, at an event organised by NDMC, Union Urban Development Minister M. Venkaiah Naidu said Yoga is our tradition, it's our culture.

Earlier in the day, Prime Minister Narendra Modi began the day's celebrations while addressing the gathering in Uttar Pradesh's Lucknow, and said that Yoga has become an integral part of every Indian household.

The international day for yoga is celebrated annually since its inception in 2015. (ANI)

Modi on 5th International Yoga Day: Focus must be on wellness as well as protection from illness

UP: PM Modi arrives in Lucknow ahead of International Yoga Day celebrations