On the fourth edition of International Yoga Day, Prime Minister Narendra Modi asserted that Yoga has become one of the unifying forces of the world.

Dehradun: On the fourth edition of International Yoga Day, Prime Minister Narendra Modi asserted that Yoga has become one of the unifying forces of the world.

Addressing the gathering on the occasion here, Prime Minister Modi said, "In today's fast changing time, Yoga binds together a person's body, brain and soul, hence making one experience a feeling of peace. Dehradun se Dublin tak, Shanghai se Chicago tak, Jakarta se Johannesburg tak, Yoga hi Yoga hai (From Dehradun to Dublin, Sanghai to Chicago, Jakarta to Johannesburg, there is Yoga all around). Yoga has become one of the unifying forces of the world." 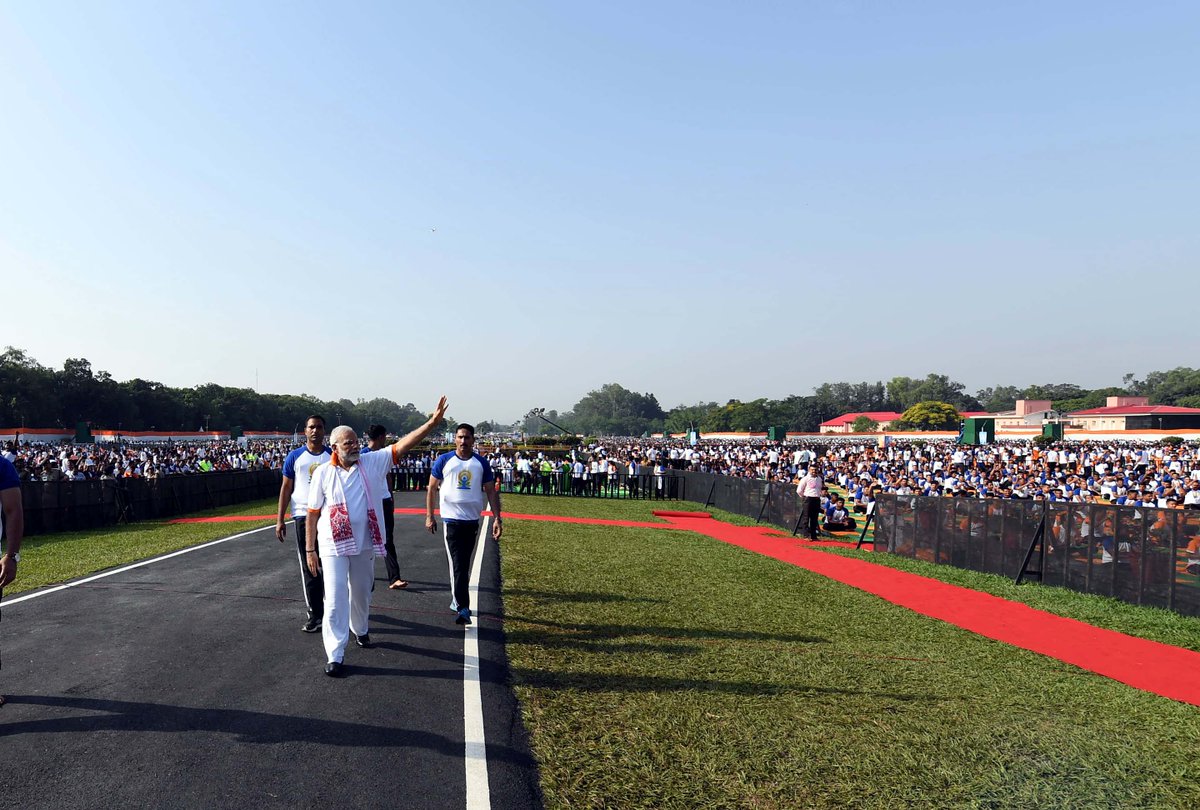 Emphasising on the power of yoga and its global reach, Prime Minister Modi said, "Yoga is India's gift to the world. It is a passport for wellness. The world has embraced Yoga and glimpses of this can be seen in the manner in which International Day of Yoga has been marked every year. In fact, Yoga Day has become one of the biggest mass movements in the quest for good health and well-being."

The Prime Minister added that India is Yoga's top ambassador. 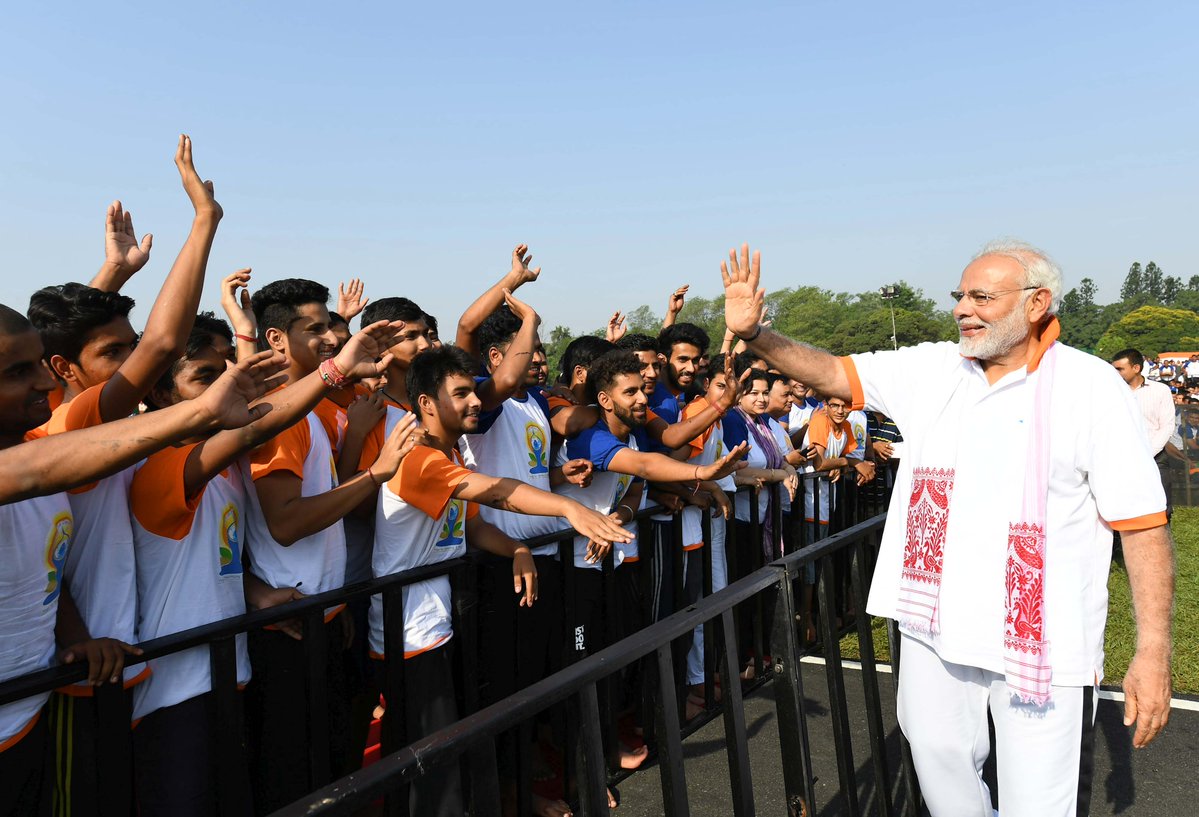 "Yoga is beautiful because it is ancient yet modern, it is constant yet evolving. It has the best of our past and presents and a ray of hope for our future. In Yoga, we have the perfect solution to the problems we face, either as individuals or in our society. India is Yoga's top ambassador," he said.

Talking about India's role in promoting yoga, he said India should be honoured to be the "guardians of the great practice." 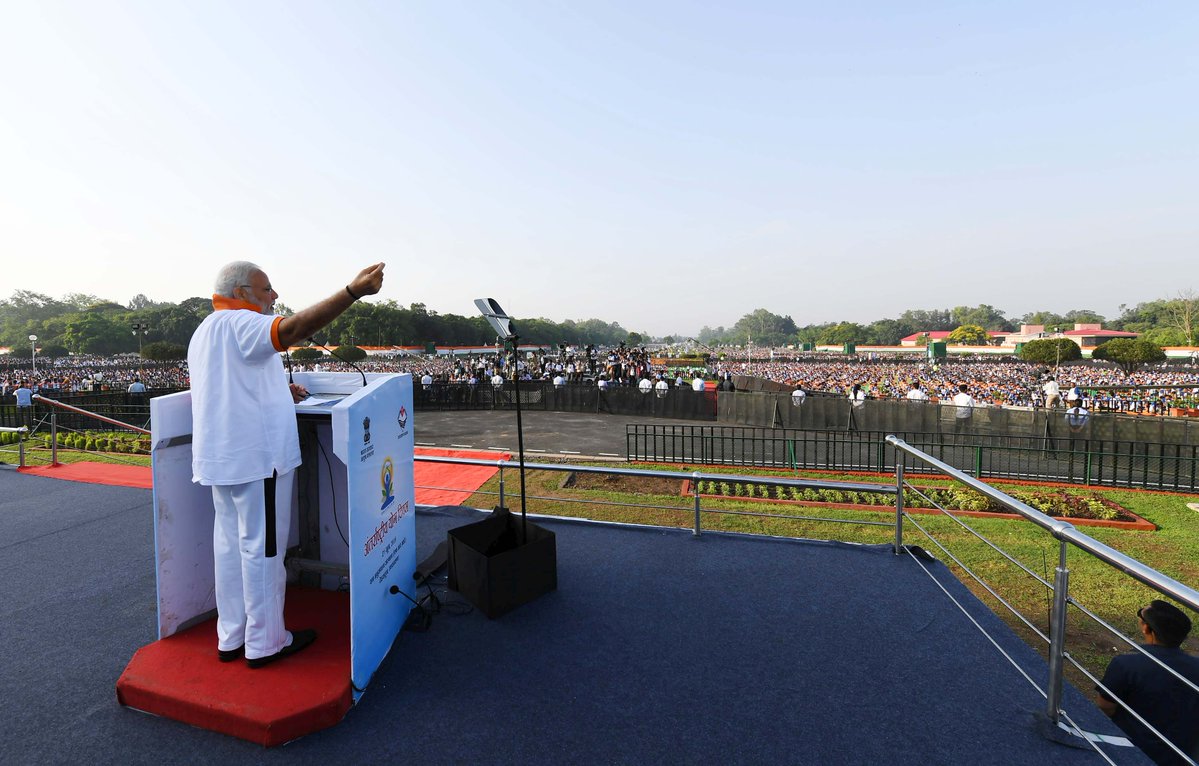 "We should be proud of our culture. On the contrary, if we doubt our tradition and culture then the world will not put its faith in us," Prime Minister Modi added.

The first International Day of Yoga was observed all over the world on June 21, 2015, where more than 30,000 people, including Prime Minister Narendra Modi, performed yoga asanas (postures) at Rajpath in New Delhi. The idea of International Day of Yoga was first proposed by Prime Minister Modi during his speech at the United Nations General Assembly (UNGA) on 27 September 2014. (ANI)

Modi on 5th International Yoga Day: Focus must be on wellness as well as protection from illness