India gave wings to their ferocious ambition of winning a maiden series Down Under, beating Australia by 31 runs in the opening Test with an irresistible fusion of self-belief, hunger and talent here Monday.

Adelaide: India gave wings to their ferocious ambition of winning a maiden series Down Under, beating Australia by 31 runs in the opening Test with an irresistible fusion of self-belief, hunger and talent here Monday.

Chasing 323, the hosts were bowled out for 291 in 119.5 overs shortly before tea on day five with Ravichandran Ashwin, Jasprit Bumrah and Mohammed Shami taking three wickets each for a 1-0 lead in the four-match series. 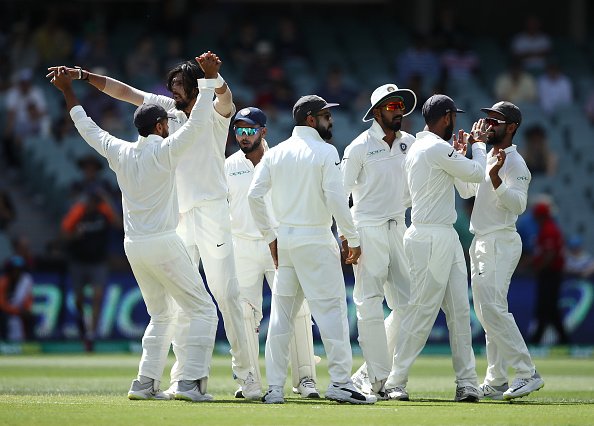 Rishabh Pant finished with 11 catches, and equalled the record for most dismissals in a Test by a wicketkeeper, sharing it with England's Jack Russell and South Africa's AB de Villiers.

Things went too close for comfort for India as Nathan Lyon (38 not out) and Josh Hazlewood (13) put on 42 runs for the last wicket and frustrated the Indian bowling. The sparse crowd at Adelaide Oval cheered every single as the duo edged closer and the odd boundary didn't help matters.

Finally, things came to a close as Ashwin had Hazlewood caught at second slip in the 120th over to register India's sixth Test win on Australian soil.

"It's important to stay calm. The odds were stacked up against them as soon as we got Pat Cummins out. I wouldn't say I was cool as ice but you try not to show it," Kohli said at the end of the match.

Post lunch, India had a big early breakthrough when Australian skipper Tim Paine (41) played an uncharacteristic pull shot off Bumrah and only managed to loop it up for Pant to take an easy catch.

The visitors then were bothered by two lower-order stands. First, Mitchell Starc (28) and Pat Cummins (28) put on 41 runs for the eighth wicket and carried Australia past 200 in the 89th over.

While Shami broke through that partnership, things didn't ease out. Pant could have had 12 dismissals but he dropped Lyon in the 105th over off Bumrah.

Four overs later, Kohli didn't make any mistake at first slip as he helped dismiss Cummins, albeit he was frustrated with his 31-run stand with Lyon. In the morning session, India removed Travis Head (14) and Shaun Marsh (60) as Australia reached 186 for six at lunch.Starting from overnight 104 for four, the Head-Marsh partnership lasted only 7.4 overs before India forced a breakthrough with the old Kookaburra ball. 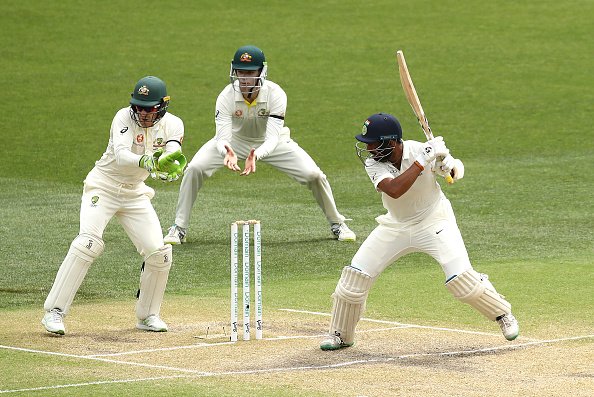 Head was the first to go, with Ishant Sharma (1-48) bowling a sharp bouncer that followed the batsman and left him no room. The ball looped up to gully where Ajinkya Rahane made no mistake.

The duo had added 31 runs with the onus now on Marsh and Paine as the last recognized batting pair. Marsh shouldered the responsibility and scored his first half-century in the fourth innings of a Test off 146 balls. It was his 10th Test half-century overall. He had looked comfortable at the crease all morning, but Bumrah removed him after the drinks break. The big moment came as the ball moved away just a tad and Marsh gave the slightest of edges to be caught behind in the 73rd over.

It was Pant's ninth dismissal in the Test, equalling MS Dhoni (9 versus Australia, Melboure in 2014) as the second-best haul by an Indian wicket keeper in overseas Tests. He later equalled and went past Wriddhiman Saha's Indian record for highest dismissals in a Test (10) against South Africa at Cape Town earlier in the year.

Cummins then helped Paine play out 10.5 overs, although he had a couple of hairy moments in the 74th over off Ashwin. India wasted a DRS review when they thought he had edged it. 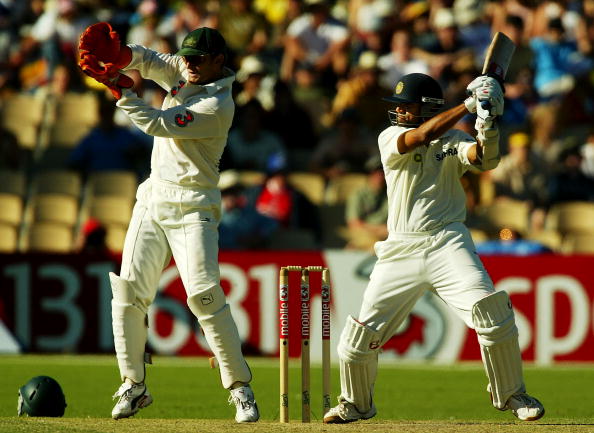 Four balls later, a loud appeal for caught at short leg was turned down with Cummins reviewing it successfully this time. India scored 250 in their first innings with Cheteshwar Pujara anchoring with his 16th Test century.

Australia replied with 235 and conceded a 15-run lead. The visitors then finished at 307 in their second innings, including a collapse of five for 25, and set a competitive target on day four.  (PTI)