India and Pakistan will hold the 115th meeting of the Permanent Indus Commission (PIC) in Lahore from August 29 to 30, to discuss various issues under Indus Waters Treaty.

New Delhi: India and Pakistan will hold the 115th meeting of the Permanent Indus Commission (PIC) in Lahore from August 29 to 30, to discuss various issues under Indus Waters Treaty.

A nine-member Indian delegation, led by Indian Commissioner for Indus Waters, PK Saxena, and comprising technical experts will arrive in Lahore for the annual meeting on August 28. The Pakistani side will be led by their Indus Commissioner, Syed Muhammad Mehar Ali Shah. 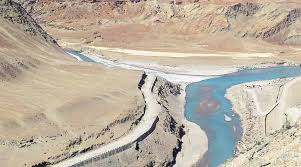 The treaty specifies that the waters of three eastern rivers namely Ravi, Beas and Sutlej, had been reserved for India while that of western rivers, namely Indus, Chenab and Jhelum, are for Pakistan. However, India has unrestricted rights to develop hydroelectric power projects on the western rivers, within the specified parameters of design.

Pakistan contends that the design of two under-construction hydroelectric projects of India in Chenab basin, namely Pakal Dul (1000MW) and Lower Kalnai (48MW), violate the treaty's provisions, while the Indian side affirms its right to build these projects and holds that their design is fully in compliance of set guidelines. The Commission is likely to hold technical discussions on the issues raised by Pakistan on these two projects. Other regular issues like data exchange and programs of tours and meetings are also likely to be taken up.

India, Pakistan to hold talks on 2 hydro-power projects under IWT