Indonesia's military and disaster agency officials confirmed that the death toll in the earthquake and tsunami that struck Central Sulawesi has mounted to 1,944 on Sunday.

Jakarta: Indonesia's military and disaster agency officials confirmed that the death toll in the earthquake and tsunami that struck Central Sulawesi has mounted to 1,944 on Sunday.

"The officials said that the search and rescue operation is expected to be completed on Thursday," reported Xinhua.

Meanwhile, Indonesia's National Disaster Mitigation Agency informed that the survivors of the earthquake and tsunami have started to return to their homes. The number of displaced people has come down to 62,359 in 147 locations across Central Sulawesi. 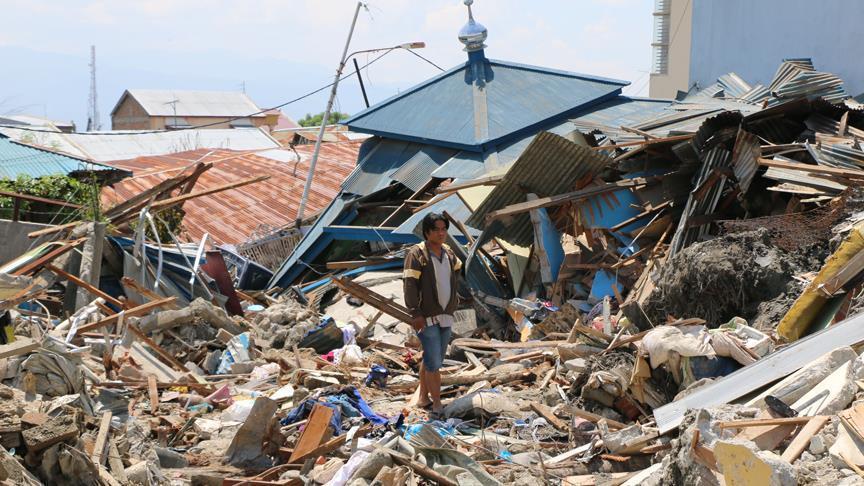 According to the Jakarta Post, Indonesian National Board for Disaster Management (BNPB) spokesman Sutopo Purwo Nugroho at a press conference on Sunday said, "[The survivors] cannot stay for very long in the displaced persons camps because [the children] must return to school soon, adding that emergency schools may be set up using tents."

Nugroho informed that over 2,500 schools in Palu, Donggala and Sigi have been damaged after the disasters hit the central province on September 28.

Sulawesi, an island in Indonesia, was struck by two powerful earthquakes, measuring 7.7 and 6.1 on the Richter scale, and a tsunami on September 28 causing multitudinous loss of human lives and widespread displacement. (ANI)

Indonesia: Over 380 killed in twin quakes