It was inaugurated a day ahead of the Dussehra festival and the temple is an extension of the Sindhi Guru Darbar Temple, one of the oldest Hindu temples in the UAE. The temple's foundation was laid in February 2020.

The temple, which will be officially open to the public from today -- the day of the Dussehra festival, welcomes people of all faiths and has allowed entry to worshippers and other visitors to view the 16 deities other interior works, reported Gulf News.

Welcoming people from all faiths, the temple has already had its soft opening on September 1, 2022, where thousands of visitors were allowed to get a glimpse of the temple's interiors built with white marble. It has ornate pillars, Arabic and Hindu geometric designs on the facade, and bells on the ceiling.

The temple management activated the QR-code-based appointment booking system via its website on its soft opening. The temple has received many visitors from day one, especially over the weekends. The restricted entry has been regulated through QR-coded appointments for crowd management and to ensure social distancing, the report said. 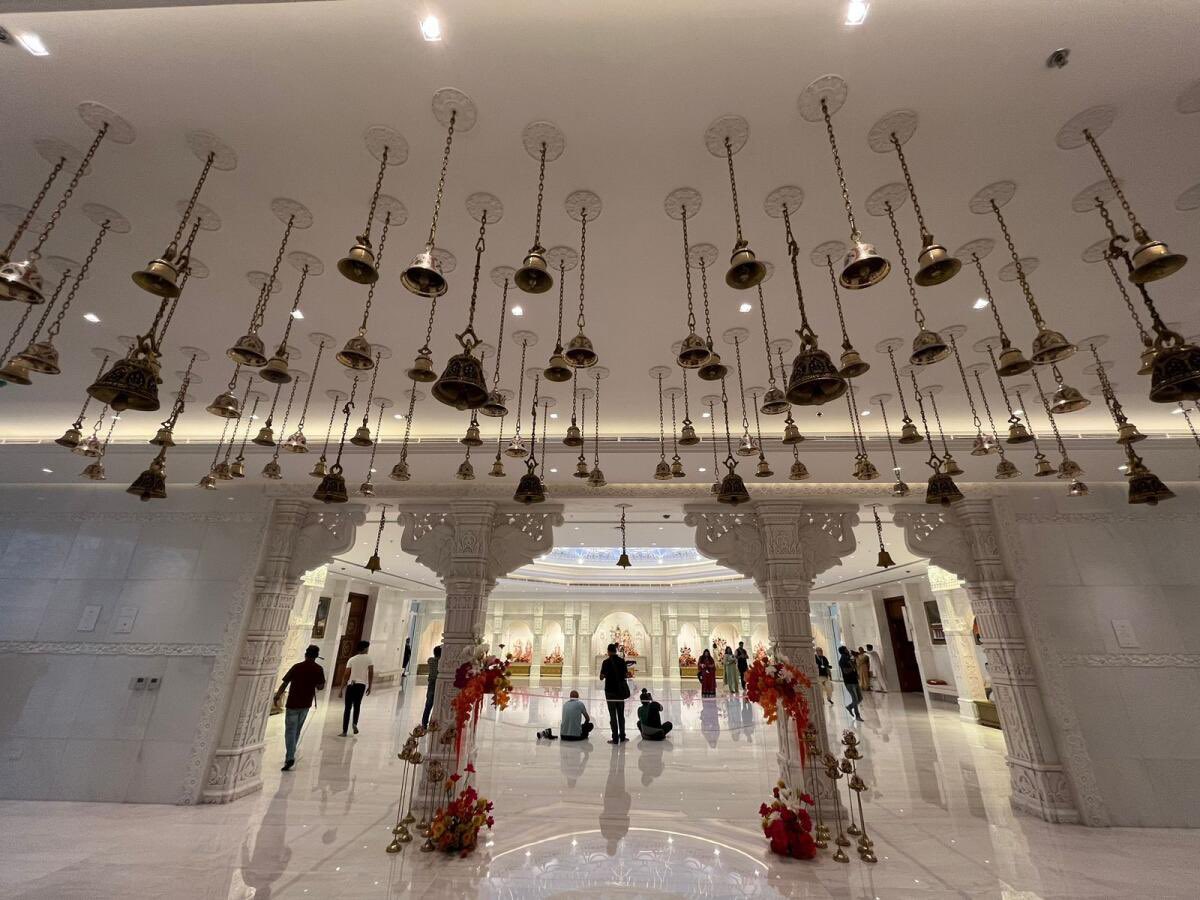 Most of the deities are installed in the main prayer hall with a large 3D-printed pink lotus unfurling across the central dome. According to the official temple website, Dubai's new Hindu temple will be open from 6:30 am to 8 pm.

Read also: At least 127 killed in mass riots during football match in Indonesia

Visitors who have booked their appointments to visit the temple from Dubai's official website for October 5, will be allowed entry without being subject to the hourly number restrictions which are currently in place. Moreover, the temple in Dubai has a whooping capacity to easily accommodate around 1,000 to 1,200 worshippers on a daily basis.

Located in what is described as the 'Worship Village' in Jebel Ali which houses several churches and the Guru Nanak Darbar Gurudwara, the temple had also installed the Guru Granth Sahib, the holy book of the Sikhs, in August. (ANI)