Mumbai: After getting bundled out at 97 and later losing the clash by five wickets against Mumbai Indians, Chennai Super Kings skipper MS Dhoni admitted that any target below 130 runs is difficult to defend.

The crucial partnership between Tilak Varma and Hrithik Shokeen and a quick unbeaten 16 by Tim David helped Mumbai Indians register a third win against Chennai Super Kings here at Wankhede Stadium on Thursday.

If you are one of the young Indian speedsters playing the #TATAIPL, this will encourage you even more.

"Irrespective of how the wicket is, anything below 130 is difficult to defend, but what I asked the bowlers was to show a lot of character and forget about the result. Both the young fast bowlers bowled really well and I feel a game like this really helps them in believing in themselves that irrespective of the conditions, whenever we start we need to have the same kind of attitude and that's what is needed in the shortest format," said Dhoni in a post-match presentation.

"We have gone through periods where we never really had that extraordinary bench of fast bowlers. Also, fast bowlers, they take their time to mature if you are lucky you get somebody who can feature in all formats in six months' time and that is what IPL is doing and it is an opportunity for a lot of them.

They bowl a bit courageous now which is very important in a format like this. And some players take their time before executing their plans better. The fast bowlers to have both of them really well is a big positive, and also we will have two more fast bowlers coming into the next season, also we have a few more up the sleeves, just want to give ample time for them to prepare." he added. 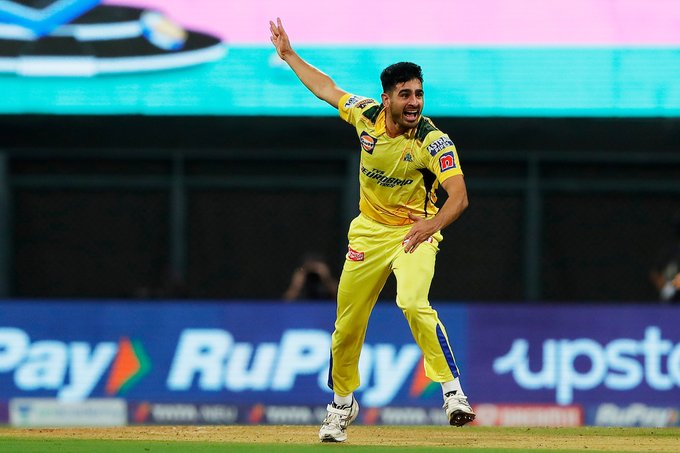 Despite posting a small total, CSK showed some true character with the ball as Mukesh Choudhary scalped three wickets while Simarjeet Singh and Moeen Ali took one wicket each.

"It's the first few deliveries which is important when you are batting in that kind of pressure, so it was a chance of survival. Once they are past those first few deliveries, they can be themselves. It didn't pay off today but I think they bowled really well. A bit of application was needed from our side, and a few of the batters got out on good deliveries, hopefully, they are learning with each and every game," said Dhoni.

For CSK, Dhoni (36*) was left-hanging as the lone warrior for his side, as a brutal pace attack by Mumbai Indians fast bowlers skittled out the Men in Yellow for 97.

Daniel Sams was the pick of the bowlers for MI, with 3/16 in their four overs. Meredith (2/28) and Kartikeya (2/22) also bowled well. Bumrah and Ramandeep Singh got a wicket each.With this win, MI is currently at the bottom of the points table with six-point. CSK is at ninth position with 8 points. (ANI)