Jaishankar, who is currently on a three-day visit to China to co-chair the second meeting of the India-China High-Level Mechanism (HLM) on cultural and people-to-people exchanges, said India's relationship with China should be a factor of stability in the region.

This is Jaishankar's first visit to China after assuming office in May this year. Wang welcomed the Minister to the country, while Jaishankar, on his part, said he was glad to be in the communist nation.

"I am really glad that early in my period I had an opportunity to visit China," he said. 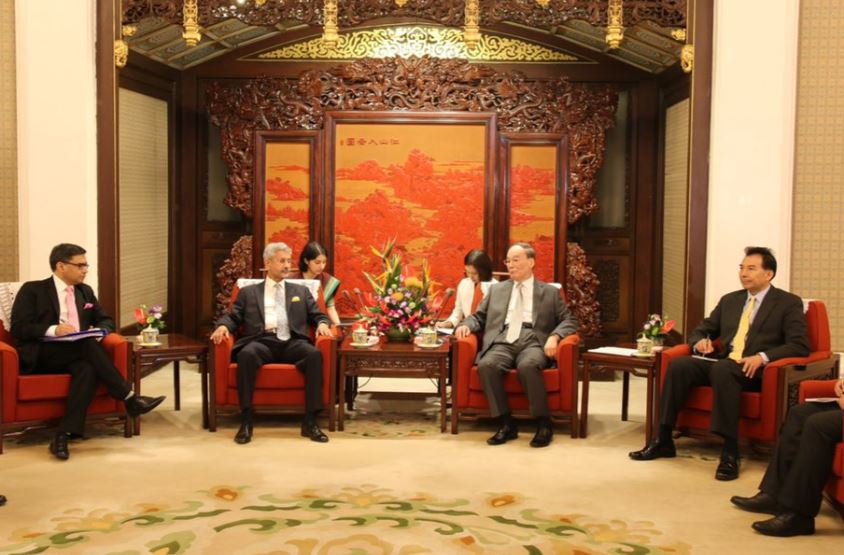 Jaishankar's visit comes amidst heightened tensions between India and Pakistan, whereby Islamabad, last week, had initiated a series of decisions, including downgrading bilateral relations with India and suspending bilateral trade, following the Indian government's decision to repeal Article 370 that conferred special status to Jammu and Kashmir, and bifurcate it into two Union Territories - Jammu and Kashmir and Ladakh.

Ahead of Jaishankar's visit, his Pakistani counterpart Shah Mehmood Qureshi had visited Beijing to raise the Kashmir issue with the Chinese leadership and seek its support to take the matter to the United Nations. Speaking in light of Qureshi's demand, Jaishankar, in his meeting with Wang said, "At a time the world is more uncertain, we believe our relationship should be a factor of stability in the region."

China had recently objected to the Indian government's decision to abrogate Article 370, in response to which New Delhi had issued a statement saying that the move was an internal matter concerning the territory of India. Jaishankar's visit to China from August 11-13 will prepare the ground for the second informal summit between Prime Minister Narendra Modi and Chinese President Xi Jinping. (ANI)

Indo-China: Broader de-escalation of troops once disengagement is completed at all friction points, Jaishankar told Wang