The number of people killed in Typhoon Hagibis in Japan has increased to 14 while 16 people remained missing on Sunday.

Tokyo: The number of people killed in Typhoon Hagibis in Japan has increased to 14 while 16 people remained missing, Sputnik reported on Sunday.

Japan Prime Minister Shinzo Abe extended condolences to those who lost their lives in the tragedy.

"I extend my condolences for all those who lost their lives and offer my sympathy to all those impacted by Typhoon No.19," the PM office tweeted. 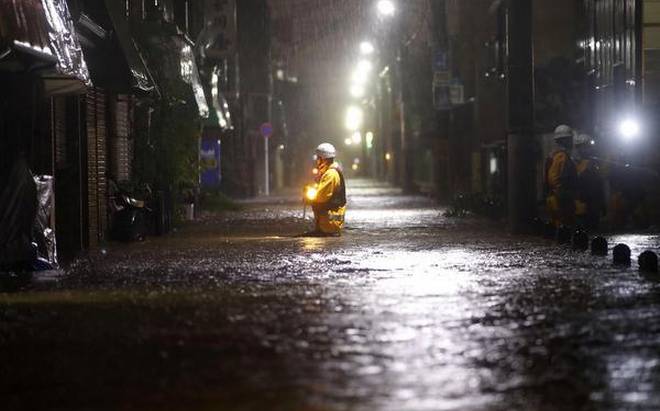 Kyodo News reported that many rivers were overflowing into residential areas across the country. Rescue operations were underway in central, eastern and northeastern regions that were hit by floods and landslides.

As many as six million people across Japan's main island of Honshu were advised to evacuate. The Japanese Meteorological Agency (JMA) said that the typhoon Hagibis made landfall just before 7 pm (local time) on Saturday. The agency has issued warnings of severe rainfalls in Ibaraki, Tochigi, Fukushima, Miyagi, and Niigata prefectures, reported Xinhua news agency. 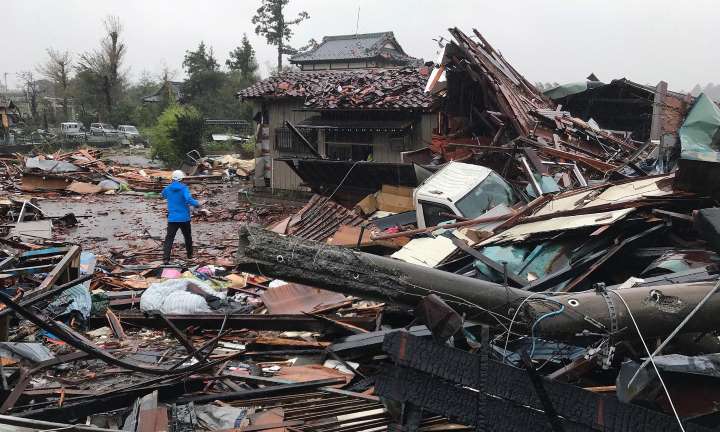 Earlier in the day, Japan was also rattled by an earthquake measuring 5.7 on the Richter scale, with its epicentre registered at a depth of 80 kilometres in the Chiba-ken region.