Union Minister Jitendra Singh on Friday said that the democracy will strengthen in Jammu and Kashmir now that the special status accorded to it stands abrogated.

New Delhi: Union Minister Jitendra Singh on Friday said that the democracy will strengthen in Jammu and Kashmir now that the special status accorded to it stands abrogated.

"Earlier, two-three parties used to fight elections in a closed environment and their leaders used to become the lawmakers with merely 8-10 per cent votes. Now, with the abrogation of its special status, democracy there will strengthened," said Singh at an event organised to pay homage to former Prime Minister Atal Bihari Vajpayee on his first death anniversary.

The union minister asserted that Vajpayee never approved of the special status given to Jammu and Kashmir. 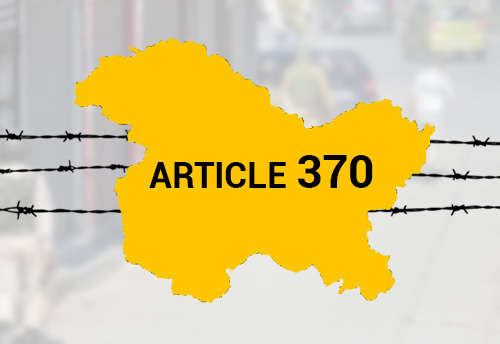 "The separatist leaders, who sing praises for Pakistan, used to be taunt us and ask as to why we do not follow Vajpayee Ji's policy of 'jamhuriyat', 'insaniyat', kashmiriyat'?" he scoffed.

"Vajpayee spoke of 'Kashmiriyat'. It is a composite concept. When Kashmiri Pandits were ousted, where did their 'Kashmiriyat' go? He spoke of humanity but it is not humane to ask your neighbour to turn their child into a stone pelter and let him die in the name of 'jihad'," he said, continuing his tirade against them.

On August 5, the Central government had announced its decision to withdraw special status given to Jammu and Kashmir under Article 370 of the Constitution and bifurcated it into two union territories -- Jammu and Kashmir and Ladakh.(ANI)

Vajpayee was titan of his times, left indelible stamp on our national policies, says Jaishankar

PM Modi to interact with farmers on Dec 25, central ministers to be present in different parts of country