K Chandrasekhar Rao took oath as the Chief Minister of Telangana on thurday at Raj Bhavan.

Hyderabad:  TRS president K Chandrasekhar Rao, who led his party to a massive victory in the December 7 assembly elections, was sworn-in Thursday as the chief minister of Telangana for a second straight term 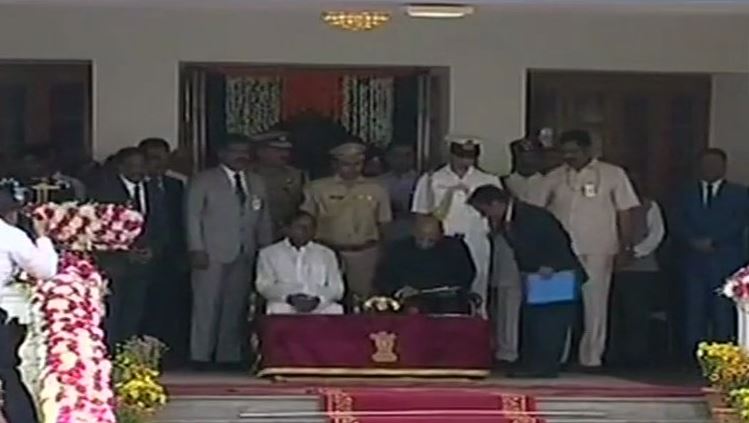 KCR, as Rao is popularly known, was administered the oath of office and secrecy by Governor E S L Narasimhan at a simple ceremony on the lawns of Raj Bhavan here 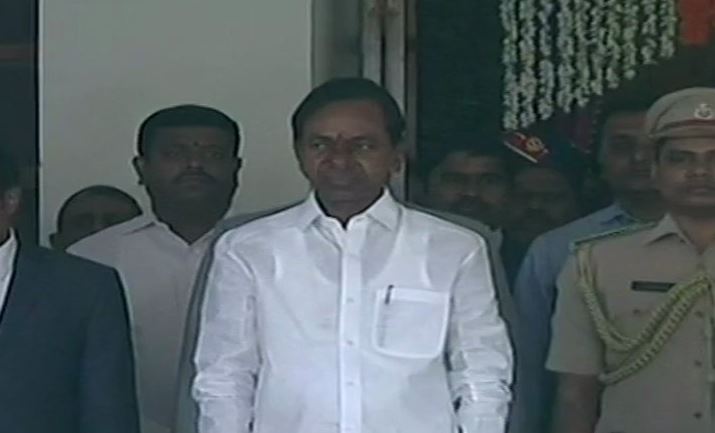 Along with Rao, party MLC Mohammed Mehmood Ali, who was deputy chief minister in the previous TRS government, took oath as a minister

In the December 7 elections, the TRS won 88 seats in the 119-member assembly, trouncing the Congress-led 'Praja Kutami', which ended up with a tally of 21

The BJP won just one seat in the state.(PTI)

KCR to take oath as Telangana CM on Thursday