At least two people lost their lives, while seven others got wounded on Monday in a suicide bombing incident outside the offices of the Independent Election Commission.

Kabul: At least two people lost their lives, while seven others got wounded in a suicide bombing incident outside the offices of the Independent Election Commission.

The suicide bombing, for which terror outfit ISIS  claimed responsibility, occurred in PD9 of Afghanistan's capital city. Police confirmed that the bomber had set off the explosives close to the gates of the ICE offices.

The bombing comes in the wake of the recently conducted parliamentary elections in the country. Taliban and other terror outfits had announced their intent to obstruct the elections, despite which, millions of Afghan nationals congregated at polling stations to cast their vote. 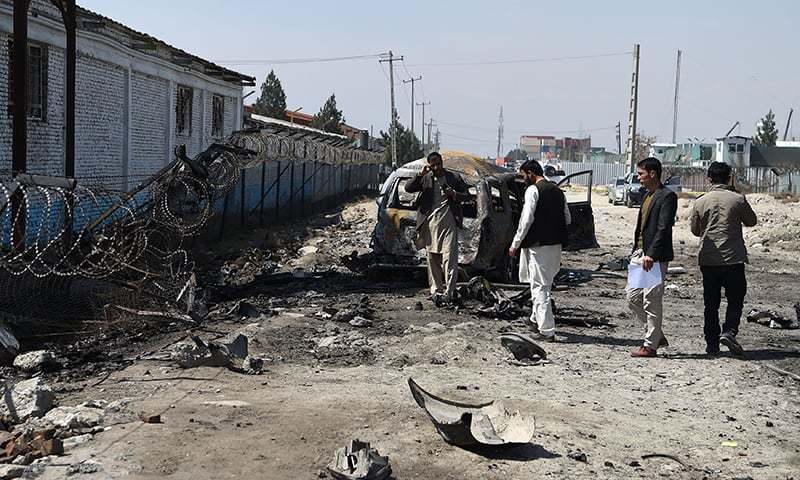 In his reaction, John Bass, the US Ambassador to Afghanistan , termed the attack as "an attack on democracy."

The United States "condemns this morning’s attack on Independent #Election Commission employees and sends our condolences to the victims and their families," Bass tweeted.

An attack on Afghanistan  election process is an attack on democracy. We commend all Afghan voters, candidates, observers, volunteers and security forces who turned out to support this month’s parliamentary elections," Bass added. (ANI)

ISIS leaders among 22 killed in airstrikes in Afghanistan