DMK president M Karunanidhi, who is being treated for fever due to urinary tract infection, was shifted to a private hospital from his residence in Chennai.

Chennai: DMK president M Karunanidhi, who is being treated for fever due to urinary tract infection, was shifted to a private hospital from his residence in Chennai early today, the party said.

Karunanidhi, 94, was admitted to Kauvery Hospital around 1:30 am. An official update on his health condition is awaited.

Several DMK leaders, including party working chief and Karunanidhi's son M K Stalin, visited him at his residence in Gopalapuram area before he was taken to the private hospital.

Among the visitors was Karunanidhi's estranged son and former Dravida Munnetra Kazhagam leader M K Alagiri, who was expelled from the party by the DMK chief in January 2014 after a prolonged struggle for power with his younger brother Stalin.

Hours before he was moved to the hospital, Stalin said the former Tamil Nadu chief minister's health was improving. On Wednesday, he had assured people that there was nothing to worry about his father's health.

Security was tightened at the former Tamil Nadu chief minister's Gopalapuram residence as DMK cadres kept pouring in there. 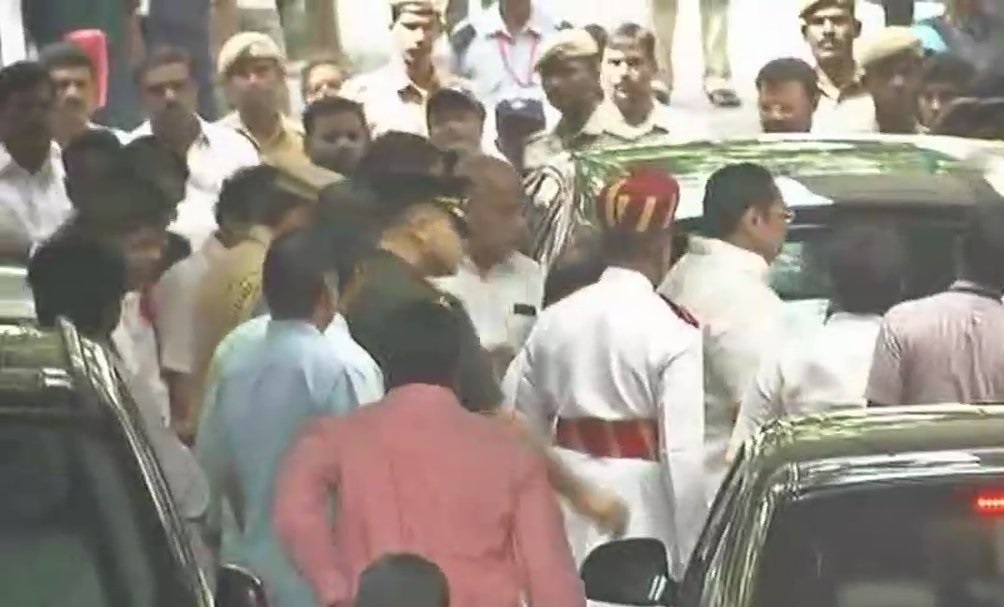 For the past two years, the DMK president has not been making any public appearance owing to his ill-health, but he still holds the top post in the Dravidian party.

Karunanidhi has not been keeping well since October 2016. A few days ago, he underwent a procedure to change his tracheostomy tube to help him in breathing.

Karunanidhi, who is addressed as 'Kalaignar' (artiste) by his supporters, followers and some politicians, entered his 50th year as party chief yesterday. (PTI)