New Delhi: Slamming Pakistan military court on issuing the death sentence to Kulbhushan Jadhav, External Affairs Minister, Sushma Swaraj on Tuesday issued a stern warning to Pakistan, saying that Islamabad should be wary of taking such an extreme step as it could result in damaging the bilateral relations between the already hostile neighbors. 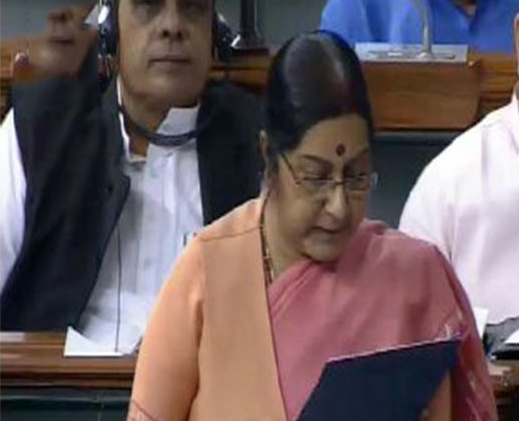 "It is an indefensible verdict against an innocent Indian citizen. We have no option but to deem the sentence a premeditated murder. Our position is very clear, there is no evidence of wrongdoing by Kulbhushan Jadhav. I would caution Pakistan government to consider the consequences for our bilateral relationship if they proceed on this matter," said Swaraj in Rajya Sabha

Responding to Congress leader Gulam Nabi Azad’s question on the Centre's efforts to help Jadhav, Swaraj further claimed that the Indian High Commission was informed only three hours after the verdict.

"We could not do much from our side as the Indian High Commission was informed after three hours, when the verdict was pronounced and that Jadhav was not given consular access. The government will do all it can to ensure that Jadhav gets the required legal support to fight his case, as he is He is India's son and we will go out of the way to help him," Swaraj said.

"Yesterday, Foreign Secretary conveyed our position to the High Commissioner of Pakistan. Let me state clearly that the Government and people of India would view very seriously the possibility that an innocent Indian citizen is facing death sentence in Pakistan without due process and in violation of basic norms of law, justice and international relations," she added.

Swaraj further said, "I would also like to tell the House that I have been in touch with the parents of Jadhav and we are extending our fullest support to them in this difficult situation. A strong sense of solidarity expressed by the House will give them more courage at this time".

The Parliament has been rocked with the sentencing of Jadhav as both Houses witnessed uproar over Pakistan's decision. 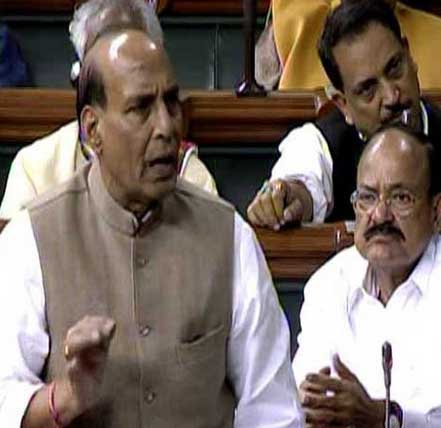 Earlier, Union Home Minister Rajnath Singh had assured Lok Sabha MPs that the Centre will do everything possible to save Kulbhushan Jadhav.

Speaking in Lok Sabha, Rajnath Singh said, ''The government of India strongly condemns Pakistan's move to send Kulbhushan Jadhav to gallows on false charges of being a spy.''

Jadhav was arrested in March last year, "for his involvement in espionage and sabotage activities against Pakistan," according to a statement released by the Pakistan armed forces.

The statement said Jadhav confessed that he was tasked by Research and Analysis Wing (RAW), to "plan, coordinate and organize espionage / sabotage activities aiming to destabilize and wage war against Pakistan."

A military court found Jadhav guilty on two counts of espionage and sentenced him to death.

India has strongly objected to the sentencing, saying consular officials were denied access to Jadhav during his trial. (ANI)

Swaraj offers helping hand to yet another ailing Pak national

No comprehensive dialogue with Pakistan till it shuns terrorism: Sushma Swaraj